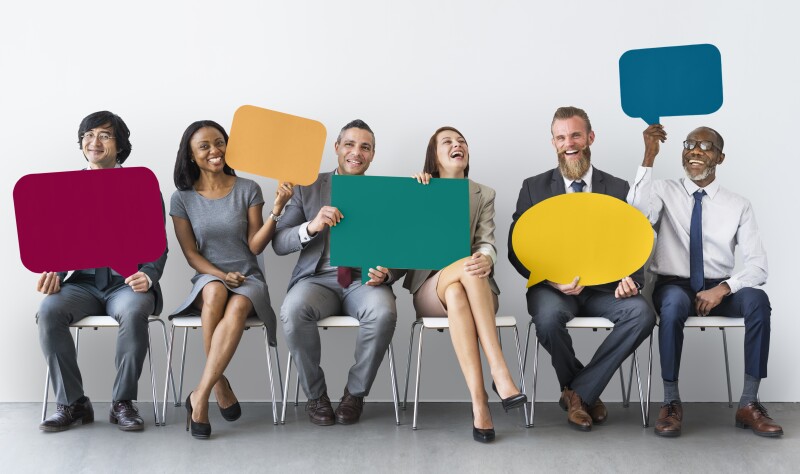 Candid, constructive feedback can be one of the most powerful tools in a leader’s professional growth. Yet for many leaders, obtaining clear, useful feedback that moves their careers feels akin to finding a needle in a haystack.

Marcus Buckingham, one of America’s top business consultants, famously began his 2011 Harvard Business Review article on the topic by saying, “I should love 360 degree surveys. I really should.” He went on to explain that although great leaders are aware of their strengths and weaknesses, competency-based 360 surveys often miss the mark by providing subjective data that doesn’t move the recipient forward.

While the landscape of 360 feedback has evolved since 2011, my assessment is that the core challenge has not fundamentally changed. Most companies still use imperfect, subjective 360-degree surveys. And many leaders continue to grapple with how to use the data to inform their professional growth.

In 2006 I began my career in training and executive coaching as a 360-feedback specialist for a boutique training firm that served prestigious corporate, government, and nonprofit clients like Capital One, NASA, and the Ford Foundation. Our secret weapon was a simple interview-based 360 feedback assessment paired with a complex, nuanced, and labor-intensive client debrief process. Organizations would send their execs and top teams to us after internal training programs had been exhausted and the leaders still weren’t “walking their talk.”

Working in this high-stakes environment, I learned two important lessons that shape how I approach leadership, professional growth, and sustainable transformation:

In my women’s leadership handbook Guts & Grace, I refer to this central organizing principle as the Core Dilemma—a constellation of behaviors, thoughts, feelings, and qualities of presence that represent your primary default mode of operation in leadership. This pattern of behavior, which I sometimes refer to as a leadership Achilles heel, gets shaped early in a leaders’ career (or even teenage or childhood years) and becomes too narrow when a leader begins to rise.

When a leader develops a thoughtful analysis of their Core Dilemma, they can measure any incoming feedback up against this existing construct and glean valuable insight, even when the feedback is poorly articulated, unfair, or just bad.

When they pair this understanding with a well-articulated developmental plan or a simple growth intention that inspires, next-level professional growth can happen quickly.

At Guts & Grace Leadership we use the Core Dilemma tool to help women and diverse leaders build this type of self-awareness as a foundational practice in self-advocacy. But the tool can work for any leader who is looking to level-up. When you have a mature understanding of your own growth edges, you can build a believable case for yourself at performance review time.

We have developed a free coaching guide to help you have better feedback conversations with your team immediately.

However, it’s important to walk your talk before asking your team to comply. As a next step, I suggest reflecting on your leadership journey, including the good, bad, and ridiculous feedback you’ve received over the years, with an eye for an organizing principle that may be your own Core Dilemma.

Then, share about it—what is it, how it come to be, and how are you working with it today— with your team. Chances are, they already know.

About the Author
LeeAnn Mallorie

LeeAnn Mallorie began her career as an executive coach and trainer in 2005, working with leaders and teams around the globe at companies like Capital One, NASA and Mattel. Yet she soon found something was missing – the body. As the founder and CEO of Guts & Grace Leadership and sister firm Leading in Motion, she spent the last fifteen years helping leaders innovate and scale their impact without burning out by bridging the gap between the hard-driving, logical mind and the deeper wisdom of the soul. LeeAnn’s unique embodied leadership curriculum offers a concrete, actionable doorway to greater power, ethics, influence, and impact at work. Her book Guts and Grace: A Woman’s Guide to Full-Bodied Leadership was published by Conscious Capitalism Press in January, 2020

Zelda Perez-Morales
June 02, 2021 10:00 AM
Great article. I wasn't able to download the free guide though. I entered my information and it just took me to the website. Would still love to grab the free download.