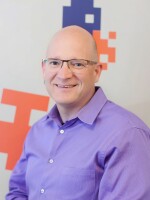 Of all the winners, ATD President and CEO Tony Bingham noted that “These winners’ accomplishments advance knowledge in the talent development profession and contribute to increasing workforce capability and organizational competitiveness.”
Advertisement

Pink, a best-selling author of six provocative books, explains that “Learning isn’t passive. It’s not something that’s done to people. It’s something people do for themselves.” Rather than expecting to be taught, he continues, “If you adopt a different mindset—that learning is both critical to surviving in the modern workplace and one of the most exhilarating things human beings do—you’ll find yourself on the right path.” 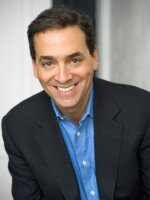 Pink has a passion for exploring ideas and is an astute observer of human nature. He recommends taking more risks and being open to fail, rather than settling for mediocrity. He admits to, while in school, being driven by performance goals rather than by learning goals. “The better approach is to focus on learning for learning’s sake,” he notes.

Karl Kapp, an instructional technology graduate professor at Bloomsburg University, consultant, author, and entrepreneur, learns much from his students. For example, early on and well before professionals widely utilized blogging, a student introduced Kapp to the practice. As learning professionals began blogging, Kapp said he saw the value and remembered his student, Waleed Jameel, having explained what blogging was about. Today, “Kapp Notes” consistently appears on lists of the top L&D blogs.

Kapp also gives back to his students, introducing them not only to the profession but to the world, such as bringing them to the ATD International Conference and EXPO. His work in the talent development profession extends around the world. “People really are the same everywhere,” he says. “I find internationally that companies and leaders tend to focus on the human aspects of work rather than just the financial or productivity outcomes … I think that’s refreshing.”