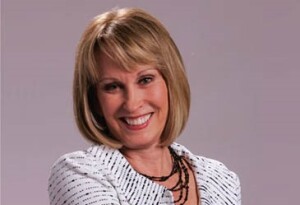 Connie Podesta, comedian, therapist, human relations expert, and author, will deliver her address, “Life Would Be Easy, If It Weren’t for Other People,” during the Closing General Session Wednesday afternoon at 3 in Halls FGH. The speech will help the audience decode the mystery of human behavior and understand what makes people do what they do and say what they say.

In advance of her address, Podesta spoke with the Conference Daily about her thoughts on getting along with others and offered a glimpse into what she’ll share with ATD 2018 attendees.

How do you define getting along with others?

It starts with a willingness to care enough about the relationship to act and speak with intent, rather than react without thinking; to communicate with respect, even when disagreeing; to truly listen, make an effort to understand another’s point of view. Sometimes put others first without putting yourself last; look deeper rather than at first impressions; show a genuine interest in others’ welfare; and avoid drama and negativity as much as possible (others have enough of that in their own lives without hearing about yours).

Why are some people more difficult than others to get along with?

Difficult people have basically been trained, coached, and rewarded throughout their lives for difficult, unacceptable, and inappropriate behaviors.

Think about the workplace, for example. You have difficult employees who come in late, make excuses, turn in shoddy work, gossip and tattle, never follow through, or simply refuse to play well with others. These people still get paid and rarely lose their jobs, which is definitely a reward for poor behavior and low productivity.

Difficult people have rarely been held accountable for poor performance or lack of team building skills throughout life, starting when they were just children. When we ignore difficult behaviors, we become part of the problem. Change needs to start with us.

What can talent development professionals do to build better relationships with their co-workers?

Any positive change in a relationship begins with having a true awareness of ourselves. It depends on looking within ourselves before assuming, judging, communicating with, or reacting to others. We must understand why we do what we do, think how we think, say what we say, and react how we react.

Relationships are tricky things, and they’re hard work. Too often people barge right in with their own needs, mindsets, attitudes, and personality traits at the forefront of everything they do and say before taking even a minute to determine whether that’s the best way to approach someone else.

How has comedy helped you learn to manage your own relationships?

As a speaker and therapist, my gift of humor allows me to tackle tough, sensitive issues with clients and audiences in ways that help them to be open to listening and changing the behaviors that prevent them from being truly happy and successful. No one likes to be lectured or bossed around. If, however, someone can help us learn to laugh at our mistakes and shortcomings in a safe, fair way, then we are much more likely to take action and make better choices.

What will ATD 2018 attendees take away from your address?

I am both a comedian and a therapist. And, let’s face it—who doesn’t need a little of comedy and therapy, right? I don’t use PowerPoint or slides. Instead, my sessions are engaged and interactive throughout. But most importantly, my audiences leave with strategies they can use immediately at home and work to be happier. They learn to be more successful, work better with others, understand how to deal with difficult people, develop stronger relationships, and have tons of fun while they’re learning. How cool is that?