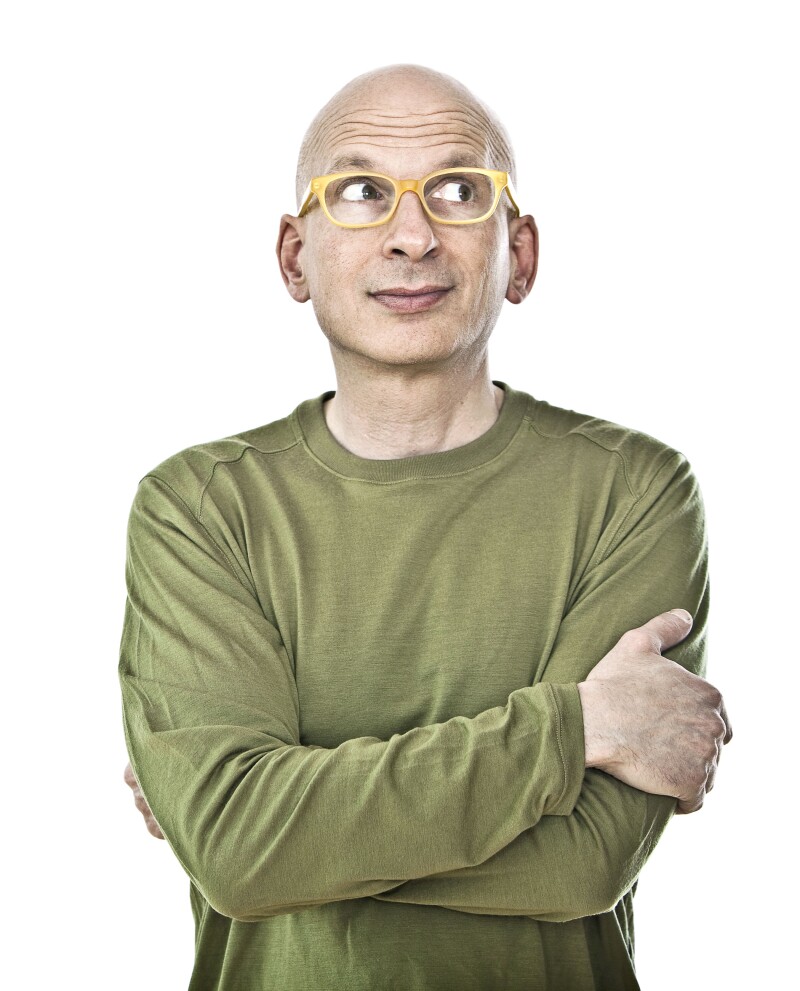 Seth Godin to Ask Attendees: Are You Ready to Level Up?

Seth Godin is an entrepreneur, best-selling author, and speaker. In addition to launching one of the most popular blogs in the world, he has written 18 best-selling books. He focuses on everything from effective marketing and leadership to the spread of ideas and changing everything. Prior to his keynote session, Godin spoke with the Conference Daily about what skills we’ll need for the future and what he’ll share with ATD 2019 attendees.

One of your many professional endeavors is that of the altMBA. How are we going about education incorrectly?
L&D responds to the demands of the enterprise, and what’s been requested for too long is compliance. The industrial system demands command and control, and one way to deliver that is with education that is focused on certificates, attendance, and testing.

At the same time, leaders in HR have realized that extraordinary contributions come from employees who are engaged, enrolled, and aware of what’s going on around them. And it’s possible to teach this. It’s possible to teach people to make better decisions, to ask better questions, and most of all, to realize that they’re capable of a significant contribution.

When I created the altMBA, my mission was to throw out all of the easy shortcuts that would make it easy to sell a course and instead build something from scratch that actually worked: a 30-day intensive that changed people for the better, that allowed them to see just how much they could actually bring to their jobs.

The results have been extraordinary, and I’m hopeful that others will follow. It turns out that peer-to-peer outperforms lectures—that people, when engaged, will do far more than if they’re simply trying to figure out what’s going to be on the test. Mostly, I discovered the learning is always possible—as long as the student is enrolled in the journey.

Can talent development professionals help people relearn that it’s OK to “fail”—that we don’t need to be afraid of being wrong and of our missteps?
Humans truly want to learn this, but too often, we don’t really want to teach it. We say that it’s OK to fail, but we don’t give the fancy employee-of-the-month parking space to someone who failed with good intent. We don’t fire people who have refused to take the brave steps that expose them to failure. And so we have a paradox: We say we want innovation, but we’re afraid—deathly afraid—to do something that might not work. That’s crazy, because all innovation is failure on our way to success.

Brainstorming, ideation, customer interaction—they all stumble when we’ve trained people they have to be right, deniably right. It’s better to train people to care and to believe.

You talk a lot about connection and the idea of a tribe. But in today’s world, it sometimes feels that we’re narrowing rather than expanding our connections, especially relative to those with whom we disagree. If that is true, how can we turn back the pendulum?
Without a doubt, the media has discovered that it’s more profitable to deny than it is to unite. But personally, in our personal lives, we’re eager to connect. The Internet has created more connections, but it has also created more loneliness. That’s because the surface chaos hides the underlying isolation that so many of us feel.

I don’t think the answer lies in the occasional focus group that tries to build bridges that the media has burned down. Instead, we can actually work together. Build a project together. Engage in the act of changing things for the better—together.

By your definition of marketing—that it’s about storytelling—talent development professionals are in their own way marketers. Is that so, and can you talk a bit about it?
Talent development professionals are marketers, first and foremost. That’s because management is about authority and compliance, but real leadership is done without the power to order people to do what you say.

The best work a leader can do is to earn enrollment, to point to a hill and say, “over there!” And this is the work of marketing.

Marketing isn’t advertising. Marketing is the act of making things better by making better things. It involves the emotional connection of helping people believe enough that they choose to make change happen.

It’s entirely possible to have a decent career in development without doing anything but maintaining the status quo and correctly checking boxes that were drawn by someone else. But as the world gets faster and the demands on workers go up, there’s a better, bigger opportunity: to draw the boxes. Over and over again, we’re seeing that the organizations that thrive in the future are the ones that have employees that care enough to speak an unproven truth, to see what hasn’t been seen before. That’s not going to happen unless the people of ATD do the work they were born to do.

What do you think will be the most critical skills for workers in the near future, say, in five to seven years?

Dance with fear. Engage with uncertainty. See systems and influence them. Go beyond “managing time” and start using it as a precious resource. And most of all: Lead. Lead and solve interesting problems.

What can attendees of your Tuesday morning keynote expect to walk away with?

It’s impossible to deliver a keynote that actually changes everything. But if we go in this together, I might be able to bring you stories, images, and ideas that you can use to change the people you work with. I believe that there’s a revolution going on in organizations, and, if attendees choose, they can be on the front lines of that revolution.

We have people and resources, and the chance to make things better—dramatically different. We can bring a new level of humanity, care, and impact to work, and I’d like to help you be part of that. Are you ready to level up?