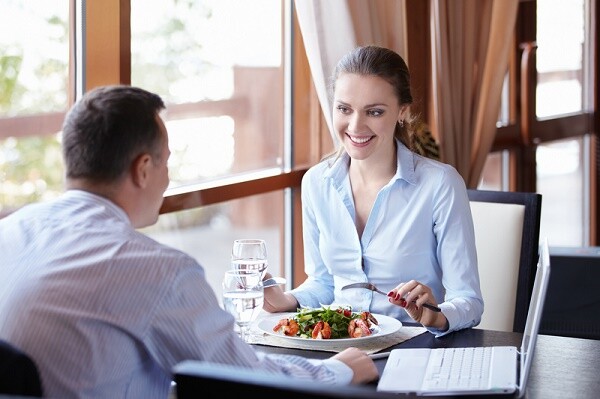 A Mentor Is More Than a Lunch Buddy

Three critical moments for me came in the form of a generic turkey sandwich, a cup of cold coffee, and a really great pizza. After almost 15 years of developing and collaborating on mentoring programs, I look back on these three moments as some of the best lessons I have ever learned about mentoring.

Moment Number 1: Mentors and Sandwiches That Both Needed Some Help

Early in my career, a top salesperson in a large organization invited me along to lunch, where she would be meeting her mentee for their scheduled mentoring chat. This salesperson—let’s call her Meredith—was one of the highest-rated mentors in a well-established and highly structured program. Her mentee, whom we will call Ben, had joined the company a few months earlier. They had been meeting twice a month since he’d been hired.

Once we had a table and our (mediocre) food, Meredith started the conversation with some small talk: “How was your weekend? Did you make it out to see your parents? Are you still planning to head to Cancun next month? Did you catch the game?” Now, I was there to observe a top-notch mentor, so I was eager for the real mentoring conversation to start. But it never really did. I spent about 45 minutes listening to polite chatter and picking at my bland sub. The conversation was like my sandwich: rushed and underwhelming.

Meredith and Ben were building a great social relationship, but neither of them had a goal or a plan for turning it into a developmental partnership. Meredith, to her credit, was great at warming up her mentees and building lasting friendships—but she didn’t have the first idea about how to drive someone toward targeted growth. Ben, like Meredith’s previous mentees, was satisfied with a lunch buddy and didn’t push for anything further.

I would love to give you a resolution to Ben and Meredith’s story, but the truth is, I’m not sure how they did in the long run. I do know that neither one was ever promoted to a leadership role in the company. Without the ability to effectively diagnose and coach an employee, Meredith would not have done well in a senior leadership role. Ben, not having received the development advice he needed from Meredith, was probably one of the hundreds of employees who left the organization each year.

That day in the deli, I realized how little support and oversight mentors in a typical program receive. The success of formal mentoring programs completely hinges on the ability of mentors to guide, coach, challenge, inquire, and advocate—skills that many just don’t possess. Of all the mentors I have had the opportunity to evaluate, most do not even truly understand the root cause of a performance issue.

Although every organization, program, and mentor has a unique set of needs, here are some general tactics I have found helpful in developing mentoring skills:

I know that if Meredith had been observed sooner, provided support, and evaluated constantly, she would have left a tremendous legacy of talent development in the organization. Great mentors are the most crucial part of the formula for great mentoring programs. Failing to invest in their development is inviting failure for the entire project.

About the Author
Jenn Labin

Jenn Labin is the owner of TERP Associates, a team that seeks to grow talent and ignite potential. For 15 years, Jenn has had success working with a wide spectrum of organizations, including large private sector businesses, government and military operations, and higher education institutions.  Jenn is the author of Real World Training Design, a visual quick guide for creating exceptional results within tight budgets and timelines. Her second book on mentoring is expected in 2016. Jenn co-authored a chapter in the ASTD Handbook, 2nd edition, and has been published in the Pfeiffer Annual: Consulting journal three times. Jenn’s work can also be found in 101 Ways to Make Training Active, How to Write Terrific Training Materials, and the ASTD Trainer’s Toolkit app. Jenn has a BA from the University of Maryland Baltimore County in digital art, and an MA in instructional systems design.