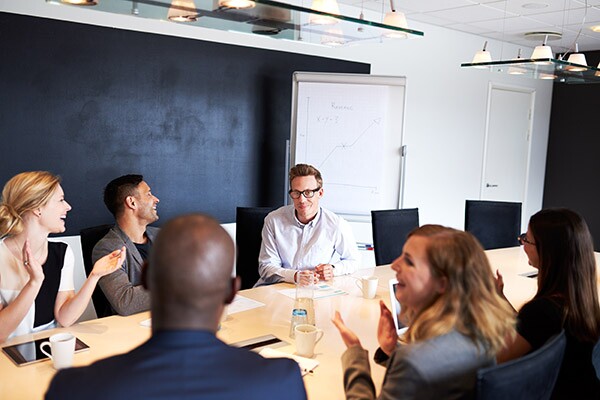 Sales enablement professionals have the best seat in the house. They sit at the intersection of process, data, learning and platform. However, sales enablement practitioners also recognize that if they can’t package up that knowledge and use it to influence the business, then they risk being viewed by the C-Suite as a more transactional support function. Conversely, if they are able to harness this information and articulate it against the backdrop of the business strategy, they stand to elevate the status of sales enablement within their companies.

At a basic level of understanding, most people know that alignment matters between the various functions of the business– so why doesn’t it happen more often? The core issue tends to be that one or both parties are not intentional about fully defining a set of business priorities and linking those to the broader vision. As a result, people tend to focus on what’s of personal interest or importance to them (or execute the pet projects of their leader) instead of leaning in to understand if it’s the right initiative. With limited resources, particularly time and budget, sales enablement cannot afford to be wrong about the relevancy of the work it produces.

For sales enablement, starting with their counterparts in sales leadership is one of the most effective ways to get serious about alignment and accrue relationship equity in the process. The objective is rather straightforward. It is about ensuring that each party understands the needs of the other and that there is a demonstrated plan to maximize areas of overlap and close any gaps which have surfaced. Once there is tighter alignment between sales leadership and sales enablement, there is an opportunity to be purposeful about ensuring that sales enablement contributions are more widely relevant to the business. This involves becoming conversationally intelligent about strategic elements such as the company’s competitive space, how it makes money and where it loses money. Knowing these core factors empowers sales enablement to align efforts and tell a story about how the function indispensably contributes to the overall performance of the business.

While conceptually alignment is an outcome, the act of aligning can also be considered a behavior. With consistent practice a sales enablement leader or contributor can develop the act of aligning into a regular habit. This habit is displayed through a series of planned conversations and activities designed to create unifying goals and priorities among two or more groups. As key influencers within the company, sales enablement is also well-positioned be conversation catalysts and model the very leadership behaviors that they strive to create in high potentials. While it may take some time and practice for the alignment habit to mature, it is possible to engineer it at first, through some deliberative planning and action designed to seek understanding.

When seeking alignment, asking open-ended questions related to priority and impact leads to clarity and establishing the right set of actions. Of course, genuinely seeking alignment often feels like a blank canvas at first. Each question that’s asked about priority and impact represents a new swath of paint on the canvas, until the picture comes into view. While staring at a blank canvas can be intimidating at the outset, particularly if sales enablement has legitimate concerns around sales piling on more responsibility or facing potential consequences of being unaligned for too long, it can also be very liberating. Coming together and creating real alignment also empowers action. Both parties walk away from the conversation knowing what matters to the other about learning, technology, recruiting, leadership development and any number of other critical measures of success.

Over time, these disciplined efforts will surely raise the profile and visibility of sales enablement from a support function into a mission-critical role within the company, cementing business advisor status and a coveted seat at the table. That reality is attainable and it starts with the decision to get serious about alignment.

About the Author
Dayna Williams

Dayna Williams has been supporting sales enablement leaders for the past 20 years, focusing primarily on sales talent selection and development initiatives. She has written sales training programs, led the creation of technology-enabled products to drive field adoption and is now currently working with investor funded companies that need to stand up their sales enablement functions from scratch. Dayna is also the co-creator of SELL and has been instrumental in guiding the focus of its programming to ensure its relevancy to the enablement profession.