Are You Left-Brained or Right-Brained? Does it Really Matter?

True or false: Left-brain dominance is marked by a preference for logic and analysis.

When I started this blog series, I suggested that you might find some of your previously held “truths” proven false by the latest research in brain science. Here is one of those “truths” that I personally thought was fully vetted and took as fact: there are specific left- and right-brain preferences in cognition styles. 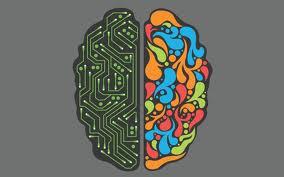 The theory goes something like this: We know that the brain is separated into two hemispheres and the brain tends to localize some activities in one hemisphere or the other. The corpus callosum is a massive, high-speed, Internet-like connection for the brain, allowing the two halves to communicate back and forth. Working with epilepsy patients for whom this connection was severed, Dr. Roger W. Sperry concluded that:

Sperry won a Nobel Prize for his work on the “split brain” in 1981. (Ironically, Dr. Sperry was awarded a “split prize” with David H. Hubel and Torsten N. Wiesel.) His particular treatment is still used to control severe cases of epilepsy, and it is true that people who have had this surgery demonstrate significant differences in how they process information and sensory input.

As this discovery started gaining popular momentum, an entire cottage industry around left-brain/right-brain thinking emerged. Today you can take a test to discover which side is dominant for you, learn how to recognize left or right dominance in others, perform exercises to develop the other side of your brain, and so on. The only trouble is, the underlying principle behind all these products and services may be completely false.

As far back as 2004, researchers at the U.S. Army Research Institute for the Behavioral and Social Sciences discovered that mathematically “gifted” boys demonstrated a powerful collaboration between the two hemispheres when performing complex mathematical problems. They concluded that the brains of these boys must be significantly different than the average brain and suggested that perhaps these “math-genius brains” were more adept and signaling back and forth across the corpus callosum.

But a group of neuroscientists at the University of Utah have come upon a different explanation for the 2004 results. Working over a two-year period, they scanned the brains of 1,011 people between the ages of seven and 29. After looking at 7,000 regions in each individual brain, they could find absolutely no evidence that there is a preference for left or right brained activity for any individual in the study. So it isn’t just the spectacularly gifted who have this characteristic—it’s all of us.

Just to be clear, this research is not debunking the proven fact of lateralization of brain function. We know that some functions take place on one side of the brain, and others take place in another. What has now been disproven is the theory that we each have a tendency to prefer one side of our brain over another. You can read the full journal article here.

What does this mean for human capital professionals?

If you are using tests for brain preference in your hiring or employee development process, you might want to stop—at least until more data is in. You also might need to review the language in some of your training materials to ensure that you aren’t making broad statements about left- and right-brained people.

More importantly, we should all take some time to consider what this new discovery tells us about how we think. The two halves of our brains are in a state of constant collaboration, and they seem to be equally important to the process of thinking. How might this newly discovered preference for balance translate into practice?

I don’t have the answers to these and other questions that this astounding study poses. But I do know one thing: Somebody needs to update Wikipedia.
For more on neuroscience applications for human capital, check out the full blog series here.