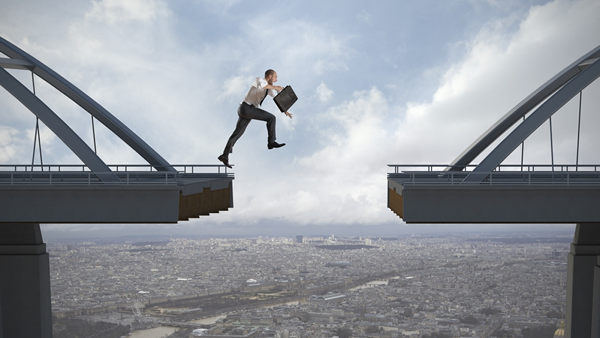 Machinists, registered nurses, technical salespeople, computer technicians, financial analysts, and a host of other jobs constitute the backbone of America’s workforce. Employers across industries and regions in the United States are finding it hard to fill open positions in these middle-skills jobs—those that require more education and training than a high school diploma but less than a four-year college degree.

However, nearly three-quarters of U.S. companies (73 percent) expect an increase in their demand for middle-skills jobs over the next few years. At the same time, more than half (56 percent) of those surveyed are struggling to find people with the qualifications to fill existing middle-skills vacancies, according to new research from Accenture. That failure is inflicting a grievous cost on the competitiveness of American firms and on the standard of living of American workers.

“The majority of U.S. employers across many business sectors are having great difficulty filling middle-skills positions, despite the fact that unemployment and under-employment remain a challenge for many Americans,” said David Smith, senior managing director Accenture Strategy, Talent & Organization.

Bridge the Gap: Rebuilding America’s Middle Skills, a new joint report from Accenture, Harvard Business School (HBS), and Burning Glass, examines how business leaders have a promising opportunity to work with educators, policymakers, and labor leaders to spark a revival of middle-skills jobs. The report advises business to radically rethink its role in nurturing talent and accept leadership over America’s system for educating aspiring workers.

Before businesses can address the skills gap, they must understand its origins. According to the report, hourly wages for middle-skills workers stagnated and the powerful forces of globalization and technological innovation eroded the underpinnings of America’s once-effective workforce development system.

“In the face of that turbulence, too many businesses began relying on the “spot market” to fill their middle-skills needs instead of investing in workforce development efforts. Relationships between employers and community colleges and other talent suppliers weakened. Educators burdened by budget cuts focused on enrollment levels and graduation rates. As once-important employers stopped hiring and newer disciplines emerged, educators found it harder to train students with relevant skills,” explains Bridge the Gap.

Information deficiencies further plagued the education system: “Students and other aspiring workers had virtually no access to relevant information on which courses of study to pursue, how to compare between entry-level jobs for their long-term career paths and wages, or which skills local businesses were seeking.”

But how is this affecting  U.S. businesses?

In a 2013 survey by Adecco, a workforce solutions provider in the United States and Canada, 92 percent of senior executives expressed the opinion that troubling gaps in skills plague the workforce. Nearly 44 percent of the executives indicated that it was difficult to fill jobs because candidates lacked soft skills like communication and critical thinking. Similarly, 49 percent of the respondents to Manpower Group’s Talent Shortage Survey in 2013 indicated that talent shortages were undermining their ability to serve customers. Employers cited the absence of technical skills (48 percent) and of workplace or soft skills (33 percent) as the most significant barriers to fulfilling their needs.

Accenture also conducted a companion survey in February 2014 of more than 800 human resources (HR) executives. The Accenture Middle Skills Survey discovered that 56 percent of respondents found middle-skills jobs hard to fill, with finance and insurance (68 percent) and healthcare (54 percent) companies experiencing the greatest challenges. More than one-third of respondents believed that inadequate availability of middle-skilled workers had undermined their productivity, with manufacturing (47 percent) and healthcare (35 percent) the hardest hit.

Clearly, the current system is failing to serve the interests of employers and aspiring workers alike.

Using “lens of competitiveness” to analyze the gap

The first step, though, is to identify those middle-skills jobs. To do so, report analysts developed a framework for describing jobs in terms of two major variables: 1) their importance to the strategic success of American companies and 2) their capacity to support high and improving standards of living for someone holding that job. Occupations that sustain U.S. competitiveness are those that offer enduring value to both businesses operating in the U.S. and American workers.

Next up, analysis needed to factor in jobs that are persistently hard to fill—and understand why employers believe certain positions are hard to fill. When businesses come up against hard-to-fill middle-skills jobs, they face hidden costs such as lost output, increased overtime, and higher turnover. More important, they will likely find it harder to grow and compete.

Working together to address the gap

Analysis in Bridge the Gap found that major stakeholders (business, educators, and policymakers) have called for others to improve the system. But that isn’t working.

“There are two key ways to cultivate talent: you can tap the power of an organization’s existing workforce and build those skills from within, or you can develop new talent externally through a network of trusted partners,” Smith said.

Indeed, Bridge the Gap advises "leaders from the business, education, and political spheres to act in concert to restore growth in America’s middle-skills ranks."  The report offers some specific guidelines:

Also, check out Accenture’s point of view white paper, Finding the Middle: How Businesses Can Manage the Talent Pipeline to Close the Middle-Skills Employment Gap, which offers specific to steps businesses should take to close the gap.