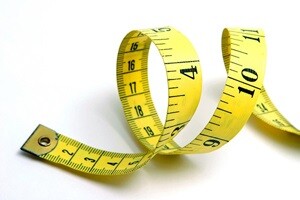 Shortly after the Berlin Wall fell, Leonid Kravchuk took the oath of office as the democratically elected leader of the Ukraine. In commenting on his new leadership position he said, “Yesterday, we stood on the edge of a great precipice. Today, we have taken a giant step forward.”

Tom O’Dea felt similarly when he attained his first VP job. Prior to holding the new position, his IT organization could not have performed more poorly. Responsible for maintaining CRM (customer relationship management) systems, O’Dea and his team were the whipping boys at Sprint PCS.

Systems availability was atrocious. Mean time to repair system complaints was measured with a calendar rather than a stopwatch. Expenses to run the systems were ballooning out of control. And, given all the public embarrassment, the IT team was at no risk of a come-from-behind victory as one of the “100 Best Places to Work.” Morale was in the pits.

Standing at the edge of the precipice, O’Dea’s approach to the problem was unique. He began to study the behaviors of those working around him. His fundamental leadership assumption was that chronic organization problems usually have behavioral causes. So, if you want to drive rapid and sustainable change, you’ve got to deal with behaviors.

For example, O’Dea and his senior team discovered many problems were caused by an all-too-common behavior he called “IT Chicken.” When various IT teams were having problems, they would hide them rather than admit them. Their hope was other teams’ problems would surface before theirs did, buying them more time to get back on track.

This habit of hiding problems meant problems persisted for lack of attention. If a team was behind on a development task, for example, their penchant for refusing to fess up meant they were not offered additional resources. The IT organization would continue to tell internal customers they would be on time only to violate the expectation when it was too late to renegotiate gracefully. Resources would then be pulled off of other tasks to do damage repair.

So Sprint PCS set to work to change these behaviors—approaching the problem like true engineers. Rather than relying on training consultants to fix the problem for them, they partnered with VitalSmarts to develop a strategy the line leaders themselves would use to influence how people behaved during these crucial conversations.
The strategy included three key parts:

The result? Rapid and measurable change. Not only did behaviors improve by more than 20 percent within four months, but results improved proportionally. Productivity increased by 93 percent, systems availability went up by 90 percent, and the time required to respond to customer complaints dropped by 76 percent. Not surprisingly, no one in senior management complained that overall expenses dropped by over $20 million annually.
If you don’t want to end up at the bottom of the large precipice, the best step forward usually involves an overt, intentional, and systematic strategy for influencing the behaviors required to improve results.