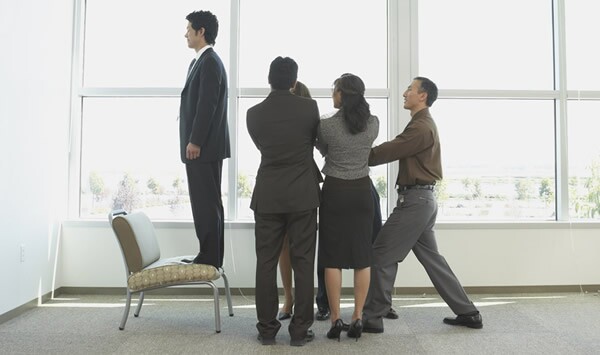 Read Part One and Part Two of this blog series.

It can take organisations and their leaders years to build a reputation and grow a solid trust account into which consumers and society will gladly invest. But what happens if a mistake is made and that trust account is damaged?

BP, for example, learned quickly the impact of destroyed trust. Following the Deepwater Horizon oil spill in 2010, BP experienced a dramatic and sudden reduction in its reputation. According to branddirectory.com, the BP brand rating fell from AA+ to BB in the 12 months following the accident. This was combined with a 28 percent decrease in brand value. As Warren Buffet aptly said: “It takes 20 years to build a reputation—and five minutes to ruin it.”

Along with its loss of reputation, BP also suffered an astonishing 79 percent drop in enterprise value within 12 months, to “just” $152 billion. In addition, it took a $41 billion hit in pre-tax charges for compensation claims and clean-up costs, and lost more than 200 million gallons of oil to the sea. This all clearly left an indelible mark. Now, several years later, BP still struggles to get federal oil contracts and even started a lawsuit against the United States Government in an effort to change the situation.

It is becoming clear that trust today is big money. If we can identify and relate to the idea that a moral compass at least plays a part in organisational success, then the challenge for leadership is immense. It is well known, for example, that Wall Street-sized bonuses do not get paid and long-term contracts do not get signed for telling the truth, but rather for generating profit and shareholder value.

In 2012, Craig Kipp, the CEO of Boart Longyear, a maker of exploratory mining drills, was sacked for being too honest. And this was only one month after reporting record half-year profits and an 89 percent increase for the six months prior to that. In essence, Kipp had not too wisely explained why the share price, which had remained stubbornly low, was unlikely to increase: He believed the market had peaked. This spooked investors, and as a result, share prices fell 36 percent. A spokesperson for the company, when announcing the immediate departure of Kipp, indicated that they hoped to appoint someone with more experience in “engaging the market.”

It could be argued that investors at least knew where they stood, but Kipp’s honest approach also prompted much criticism, with some analysts arguing that the job of a CEO is to be more positive and supportive—an “all-in or all-out” approach is not one that investors like to hear.

These examples aptly summarise one of the biggest challenges facing leadership today. Specifically: How should a leader balance the expectations of financial stakeholders with the need to build trust and protect corporate reputation? The challenge is that leadership cannot endorse a set of moral values, produce a bunch of mouse mats and screensavers, and then expect employees to follow them. Leaders must earn respect; they cannot command it.

About the Author
David Watkins

David Watkins, British born and Swiss married, has more than 20 years of business and leadership experience collected across the world in global blue chip organisations. He has worked in a variety of segments and countries, including the customer service and loyalty-focused travel industry, brand-driven automotive industry, and, more recently, the boom and bust construction industry. These huge variations have provided him with a unique insight on some of the very real leadership and business challenges around the world today. David holds a Bachelor’s Degree in Economics from the United Kingdom, an MBA from Switzerland and the United States, has received awards for his writing on customer loyalty, and is certified in various leadership assessment models. He recently published his first leadership book, “Where’s my dog? The search for Honest Leadership,” available on Amazon. You can contact David at [email protected]