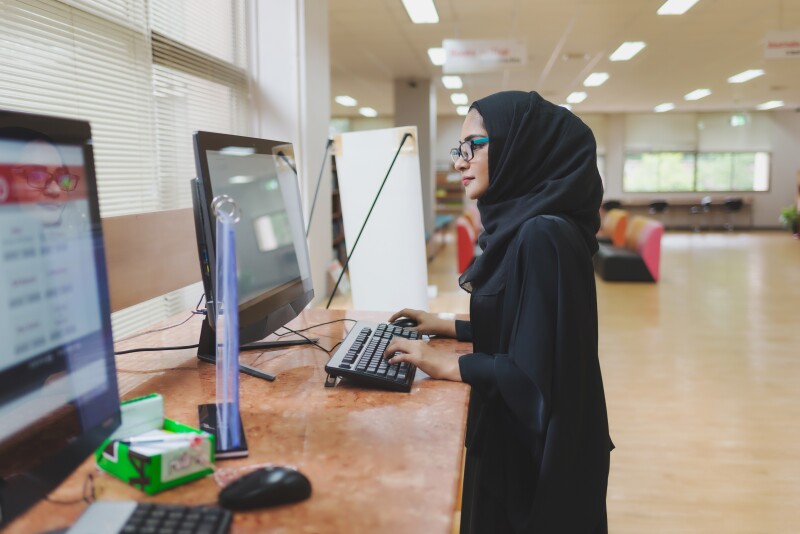 Designing and Delivering L&D Solutions in the Arabian Gulf

As organizations in the Gulf region continue to grow, diversify, and mature, more sophisticated and research-backed learning and development (L&D) solutions that will provide solid ROI (return on investment) and tangible results are in demand. These organizations are turning to providers from abroad with proven track records and strong affiliations who can bring international best practices to the area.

L&D providers considering doing business in this region need to be aware of these countries’ particular requirements and idiosyncrasies, which vary from those of the greater Middle East. The Middle East often encompass countries as far and wide-reaching as Lebanon, Iran, Iraq, Israel. The Gulf countries—Bahrain, Kuwait, Oman, Qatar, Saudi Arabia, and the United Arab Emirates—however, are members of Cooperation Council for the Arab States of the Gulf (more commonly referred to as the Gulf Cooperation Council, or GCC), a regional intergovernmental political and economic union formed in 1981.

Due to these differences, a blanket approach to L&D delivery is not advised. When designing, delivering, and facilitating L&D solutions in the GCC, there are several norms and cultural aspects that need to be taken into consideration that, to one degree or another, vary from the remaining Middle Eastern region.

The work week in GCC countries is Sunday to Thursday, with the weekend falling on Friday and Saturday. Business hours are dependent upon each organization; however, bear in mind that the working hours during the holy month of Ramadan will be reduced. Typically, L&D programs do not take place during this month.

Each of the GCC countries, to differing degrees, is home to large expatriate communities. In some cases, the local population is greatly outnumbered by these expatriates, such as in Qatar where only 15 percent of the population are Qataris. Do not assume that a course you deliver in the United Arab Emirates will only be comprised of Emirati participants. The typically diverse composition of groups dictates varying levels of understanding and ease in communicating in English.
Advertisement

GCC countries have a deep respect for hierarchy, whether it be for age, origin, or seniority. It is important to bear this in mind when putting together groups or pairs for team activities, particularly for those who require peer-to peer-feedback or critique. Participants will not feel comfortable nor be forthcoming should they be asked to give feedback to someone they perceive to be higher in the hierarchy than themselves. In some cases, more senior participants may not be as open or accepting of feedback from those they consider farther down in the hierarchy than themselves.

Having a mixed gender population in larger seminars and sessions is the norm; however, when planning workshops with activities that require teams or partners, ensure that you check with the organization or individuals whether they are comfortable working in mixed-gender groups. If you have prepared the team compositions beforehand, prepare to be flexible on the day to accommodate changes based on personal preferences.

Punctuality is not always strictly adhered to in GCC countries, so extra time should always be allotted to programs. If there are participants who are consistently late, the best approach is to take them aside for a polite private word or to communicate this to the organization. These issues typically are addressed behind closed doors; publicly addressing the punctuality (or lack thereof) of an individual in front of others would be countercultural and considered an embarrassment. Avoid sarcasm such as, “Ah, Mr. Thomas, so kind of you to join us;” sarcasm is not a common form of humor in the region and may be open to misinterpretation.
Advertisement

It is considered respectful to incorporate a minimum of a half an hour prayer break into the program, which will usually take place around 12:30 p.m. Check with the local venue provider for the locations of the prayer rooms and for local prayer times. Communicate this information to participants at the beginning of the session.

It is not considered as socially unacceptable as in other parts of the world for participants to use their smartphones during meetings or workshops unless instructed otherwise. If this presents an issue, it is essential to be clear up front about the accepted policy on mobile phone usage. Assure participants that they will have ample breaks to catch up on calls and emails.

Certain types or themes of activities are not considered culturally appropriate in GCC countries. As a guideline, avoid incorporating any activities that require:

Case Studies, Whitepapers, Webcasts, and More With Membership
ATD membership provides the resources you need to accelerate your career and empowers you to have a greater impact on your organization. Access world-class content and job aids to overcome any challenge.
Join Today
Related Tags:
NR
About the Author
Nicole Richardson

Nicole Richardson is a talent management consultant based in Dubai.