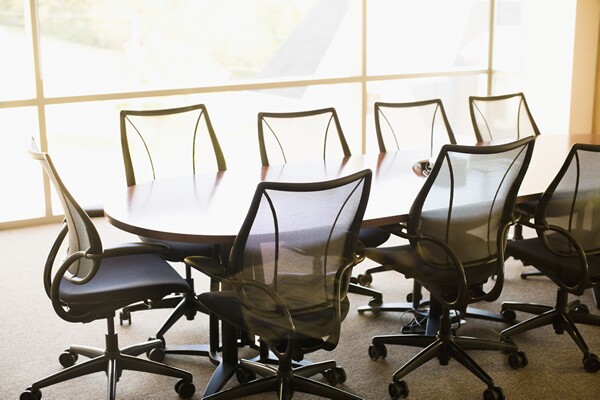 Does It Matter Where You Sit in a Meeting?

If you thought seating arrangements only mattered for wedding receptions or banquets, think again. Seating arrangements and related protocols are not arbitrary in any country. Even within a country, the significance given to seating varies by region, industry, company, and event. In countries where hierarchy plays a critical role, not abiding by the protocols can make or break a business deal.

Seating arrangements, particularly in Asia, have a great deal of meaning, because the position of the seat is indicative of the person’s position or rank within the group.

Looking out the window: My two colleagues and I were in Japan for a conference. On day two, the three of us attended a business meeting in our client’s corporate office. We entered the conference room and were delighted to see a big window overlooking the Imperial Palace. We waited to be seated, following the protocol. We were seated facing the wall, with the beautiful skyline to our back. Each member of our Japanese client’s team sat facing the window. We wondered why we were denied the view. Was it because they were the client and entitled to the privilege? Quite the contrary—we learned that it’s a mark of great respect for guests to sit away from the door, with a beautiful view behind them.

Fluency does not mean rank: Often we mistakenly think that the person from another country, such as Japan, who is fluent in English ranks higher. We start addressing our comments to them in a meeting. However, seating arrangements may be a better gauge of rank. Where you are seated also clearly indicate how your status is perceived.

Show the door: For example, when meeting with your counterparts or clients in Japan, the person sitting closest to the door has the least decision-making authority and is not in the position to give opinions unless authorized by a supervisor or someone with higher status. Usually, the seat that is positioned farthest from the door is given to the individual with the highest authority. So, your questions should be directed to this individual.

Because there is a ritual of exchanging business cards prior to the start of a meeting, I suggest to my non-Japanese clients to lay the business cards in front of them on the table in the order that their clients are seated, placing the most senior person’s card separate from the other cards. This is a good reminder of whom to address and watch for clues regarding how the meeting is going.

I learned two basic rules the hard way. First, ask where you should sit before seating yourself at a meeting or meal. Second, don’t sit when the rest of the people in the room are standing!

Case in point: I was training a group of young managers in India on working with Americans. They worked for my client. I walked into the room, and everyone stood up until I beckoned them to sit. Some felt uncomfortable until I took a seat. During the training session, the president of the company came in to speak to a manager in my class. I was seated comfortably; I nodded and whispered a greeting. Everyone else in the class was standing at attention. The look from my students told me I had violated one of the rules of working in India. As a teacher, you enjoy a degree of respect, but not as much as the one who hired you to teach.

Although knowing seating arrangements may not determine your success, it does help expedite business dealings. If you address formalities that matter to your business clients or partners in hierarchical societies, you can make rapid progress toward the goals of your meeting. It is the foundation for creating respect, which is necessary for business relationships in countries such as India and Japan.

About the Author
Mala Subramaniam

Mala Subramaniam is a leadership and multicultural communications trainer, speaker, and executive coach. She is an expert in designing and delivering cultural awareness training for corporate businesses in North America and India to build productive business relationships in global outsourcing. Mala launched MKTinsite in 2007 to offer leadership and multicultural training courses, which have reached more than 10,000 professionals from both India and the United States. A veteran in competitive market intelligence, strategic business planning, and change management, Mala has held a series of influential executive roles in global marketing for Fortune 500 companies. Most recently, Mala served as a competitive intelligence expert for GE Healthcare IT, a market insights leader for IBM, and an assistant vice president for market intelligence at Dun & Bradstreet. Mala has also held executive roles in the healthcare industry, including strategic market research director for Horizon Blue Cross Blue Shield. Mala holds an MBA in marketing from Rutgers University and a master’s degree in sociology from the University of Madras. She is also a certified trainer through Achieve Global and a certified Dale Carnegie speaker.

About the Author
April Yacoub

April Yacoub received her bachelor of arts degree in communications from the University of California, San Diego. After working in New York and Los Angeles, she moved to Tokyo, where she worked as a cross-cultural consultant for Japanese nationals working with U.S. counterparts and as a relocation consultant for American expats in Japan in the computing, manufacturing, and software industries. After living in Japan for six years, April moved to Denmark to pursue a master of science degree in international relations and development from Aalborg Universitet. She then worked for the European Commission in Brussels handling press communications for EuropeAid. She also volunteered at the U.S. Consulate in Dusseldorf, Germany, and the U.S. Embassy in Copenhagen, Denmark. Having gained professional and personal experience in more than 40 countries, April began facilitating cross-cultural training programs in expatriate transition and international business effectiveness while living in Europe, Israel, and now the United States. She has led programs on European, Asian, and North American cultural differences for a broad range of industries, including the computing, information technology, manufacturing, pharmaceutical, and restaurant industries.