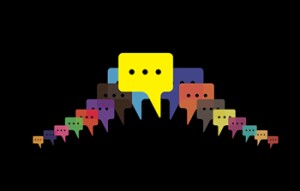 Engagement, done right, yields results. However, if you’re in a leadership or human resources position, you’ve almost certainly come across this alarming statistic (or something similar): “78 percent of your employees are disengaged and looking for new jobs!” Is the bulk of our workforce really steps from the exit door?

Those “scare quotes” are, at best, misleading. Polling companies arrive at them because they make engagement a binary equation: workers are either fully engaged or fully disengaged. They might gauge employee engagement on a 1–5 scale, with five being full engagement. If 22 percent of your workers score fives, the polling company will take the other 78 percent who score 1–4 and say they’re disengaged! Voilà—you have scary numbers.

But let’s apply some common sense. Do you really think that more than three-quarters of your workforce couldn’t care less what happens at work? That goes against basic human nature.

Simply stated, engagement isn’t binary. Engagement is a continuum, a spectrum. There are many levels of engagement, and they change over time. In fact, analysis of over 16 million engagement survey responses reveals that engagement can be broken into four basic categories.

These are the most enthusiastic champions of the organization, whose excitement is palpable and contagious. They are constantly learning and taking calculated risks; feel that they are able to stretch beyond their comfort zone; take personal gratification in the quality of their work; find that while work can be stressful, it also can be fun; and love their jobs.

This cohort meets performance expectations, do what they know well without taking many risks, respond well to leadership, and don’t often feel challenged. In addition, while they don’t necessarily love their jobs, they are actively contributing and involved in the day-to-day. We call these people the “strong-and-steady.” They make up the bulk of the workforce, and they generally perform. But the majority of their work is transactional, rather than transformational. They get things done, but they typically invest limited time in innovating, improving processes, or breaking from the status quo.

Consider the old joke about the difference between the chicken and the pig in a bacon-and-egg breakfast: The chicken is involved; the pig is committed. These employees are involved, but they are far from putting their all into their work.

This group generally feels underutilized, spends a lot of work time taking care of personal needs, does enough to get by and not get in trouble, seldom speaks up, and works mainly for the pay. They are basically marking time, in other words.

In our interviews and focus groups with these individuals, we have found that many in the Opportunity Group are actually potential top performers who are burned out. It’s often difficult to identify these individuals, as they disengage and suffer in silence—checking out mentally and emotionally. They don’t make noise, but their contributions are limited. They are the “undecided vote.”

As the name implies, there is a huge opportunity to sway this group to a higher level of engagement. However, if nothing is done, they will leave the organization, either physically or psychologically.

These folks are bored and frustrated; say negative things about the work, the company, and its leadership; and tend to blame others for their failures. Rather than quit, workers in this group tend to stay on and, consciously or unconsciously, sabotage things. They are often the most vocal and negatively contagious group within the organization. They can be cancerous and toxic.

Many leaders discount this group because of their small numbers. Yet having even one of these individuals on a team can have a significant negative impact. On the other hand, because these individuals tend to be quite vocal about their dissatisfaction and disengagement, management teams often spend a great deal of unproductive time addressing their demands.

People tend to move in and out of these four categories of engagement, depending on the environment, incentives, and where they are in their careers and lives. It’s a complex, fluid model that more closely resembles the makeup of a team or organization than the alarming (and inaccurate) statistics being thrown out as scare tactics. It also means that any claim that most of your employees are job hunting is a myth.

Now, let’s reconsider the scare tactics that would have you believe seven of the eight people you work with aren’t making positive contributions to the organization because they aren’t psychologically committed. Do you agree with those numbers?

But does this mean the headlines about employee engagement are lies? Not quite. It means they are misinterpreted and misapplied. Instead of jumping to conclusions, you should apply some common sense to what you’re reading. Walk out onto the shop floor or past the cubicles in your office. Do you really think that 2 out of 3 of your employees are doing all they can to get out of there because they hate their jobs? Not by a long shot.

Lest I be branded a heretic and booted out of the profession, I need to be clear. Should we be concerned about employee engagement? Absolutely! Is it even more of a concern than in the past? Without a doubt! Do we need to focus on and measure it? Clearly!

Bottom line: Give your team the benefit of the doubt. They “get it.” They want to succeed, and want to be part of a successful organization. You may be surprised at what happens.

Editor’s Note: This blog was adapted from the newly release book, MAGIC: Five Keys to Unlock the Power of Employee Engagement.

About the Author
Tracy Maylett

Tracy Maylett is the chief executive officer and president of DecisionWise, and is responsible for guiding the overall strategy of DecisionWise, as well as leading large-scale change efforts for clients throughout the globe. Tracy's business, coaching, and consulting background extends more than two decades and across five continents. With experience in healthcare, technology, retail, government, education, and manufacturing, he has worked on-the-ground with executives and leadership teams in over 30 countries, and has lived in South America. He is a recognized expert in organization change and feedback, as well as employee engagement, and is the author of numerous professional publications relating to employee engagement, feedback, leadership intelligence, human resources, and change. He also is co-author of the book MAGIC: Five Keys to Unlock the Power of Employee Engagement.