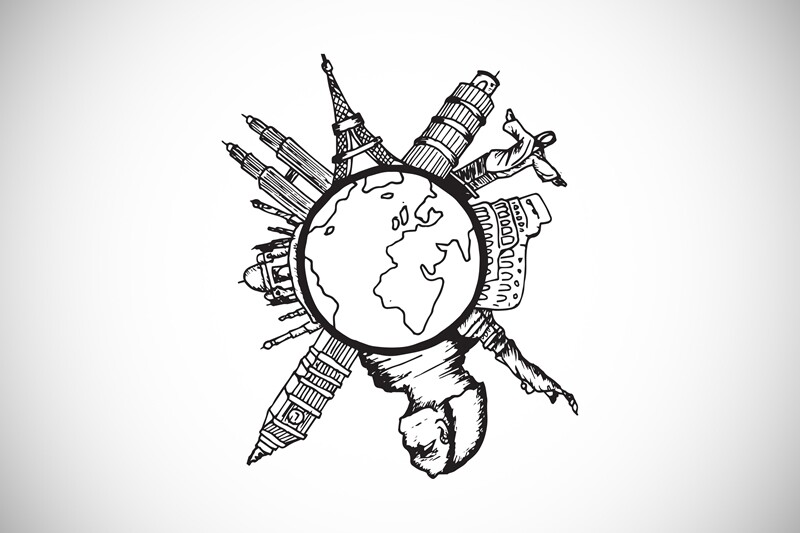 Get to Work or Get to Know: A Close-Up on Diverse Cultures

“People or process” is a point of contention when working across cultures. It is easy for process-driven cultures to focus on the task at hand and work with people to achieve the desired goal, and then move on to the next task with a different set of people. People-oriented cultures find it difficult to work with people they do not know. So, they make every attempt to get to know the people first or work with people they know, and continue the bonding even after the task is completed. Both cultures probably achieve their goals—one just takes a little time to build a relationship, while one works rapidly to complete the task.

Indians have a tendency to ask personal questions at the beginning of meetings. It is not the typical small talk we see in the United States: sports, weather, TV, and so on. In India, people ask questions to see if there could be a long-standing relationship, so nothing is out of bounds, including your family, spouse, children, community, and college. I blush to think of the questions I have asked!

I work with clients in the United States and India. My U.S. clients are extremely focused on the task; it is so structured, there is no room for socializing. If the client cancels a training program without advance notice, the client will send me the payment, no questions asked. The whole process is effortless and fairly mechanical, and less stressful because I know what to expect. I rarely hear back from my U.S. clients unless they want to request more training.

My style is different with clients in India. I focus on building connections: Oh! I know Ravi, who knows you very well. He said he is your family friend. Yes, I went to Stella Maris in Chennai. My husband and I have two children. Before long, we know we are from similar backgrounds, classes, and status. The training program is approved and arranged, and after many emails and phone calls, I get picked up from the airport and enjoy the privileges of an honored guest. In India, a trainer or teacher gets a lot of respect. I don’t expect payment for cancellation—I am compensated in other ways. I meet with the participants in advance. I build a rapport. It feels like family. I continue to have personal relationship with my clients even after five years.

For nine years, I have conducted training programs for both Americans and Indians. I can say that the process orientation of one culture contrasts with the people focus of the other. Which do you perceive as better? It’s a function of your culture, right?

If you are a process-oriented culture working with a people-driven culture, it is essential that you take time to put the right processes in place and build a cushion for a learning curve.

Building business relationships revolves around trust. For task-driven cultures such as the United States, in which time is of the essence, having to set aside time to build trust to get the work done can feel frustrating, especially because you can’t gauge how long it will take to build it.

I learned this valuable lesson after working for an Arab-Israeli company in Israel. I was a new employee and worked closely with the owners. All I remember of the first six months is the daily ritual that would begin with drinking several cups of strong coffee in the company of both expected and unexpected visitors to the office. The owners would invite me to sit with them and their visitors, and then would politely introduce me in English. However, the conversation would quickly switch to either Hebrew, Arabic, or many times both languages—I hardly understood what they were saying. I felt like a piece of furniture in the room.

Several times my family and I were invited to dinners at the owners’ homes. During these lavish dinners, the owners would share personal stories about themselves and their relationships with their associates dating all the way back to their childhood. I realized the impact these relationships had and how trust was valued greatly. Frequently, the strength of these relationships affected business decisions, which in a few cases may not have yielded the best deals. I learned that in the long run, however, the relationships brought their own rewards.

For such relationship-driven cultures, it is inconceivable to engage in business interactions without building the trust or connections. If I did not have time to build the relationship, I found the right people to make the introductions and stay in the loop until the business deal was finalized. Yes, it is hard work up front, but the payoff is worth the effort.

Both the owners and I had to step out of our comfort zones to work with clients from the other’s culture. However, with by helping one another, we both managed to build a network of trusted associates.

About the Author
April Yacoub

April Yacoub received her bachelor of arts degree in communications from the University of California, San Diego. After working in New York and Los Angeles, she moved to Tokyo, where she worked as a cross-cultural consultant for Japanese nationals working with U.S. counterparts and as a relocation consultant for American expats in Japan in the computing, manufacturing, and software industries. After living in Japan for six years, April moved to Denmark to pursue a master of science degree in international relations and development from Aalborg Universitet. She then worked for the European Commission in Brussels handling press communications for EuropeAid. She also volunteered at the U.S. Consulate in Dusseldorf, Germany, and the U.S. Embassy in Copenhagen, Denmark. Having gained professional and personal experience in more than 40 countries, April began facilitating cross-cultural training programs in expatriate transition and international business effectiveness while living in Europe, Israel, and now the United States. She has led programs on European, Asian, and North American cultural differences for a broad range of industries, including the computing, information technology, manufacturing, pharmaceutical, and restaurant industries.

About the Author
Mala Subramaniam

Mala Subramaniam is a leadership and multicultural communications trainer, speaker, and executive coach. She is an expert in designing and delivering cultural awareness training for corporate businesses in North America and India to build productive business relationships in global outsourcing. Mala launched MKTinsite in 2007 to offer leadership and multicultural training courses, which have reached more than 10,000 professionals from both India and the United States. A veteran in competitive market intelligence, strategic business planning, and change management, Mala has held a series of influential executive roles in global marketing for Fortune 500 companies. Most recently, Mala served as a competitive intelligence expert for GE Healthcare IT, a market insights leader for IBM, and an assistant vice president for market intelligence at Dun & Bradstreet. Mala has also held executive roles in the healthcare industry, including strategic market research director for Horizon Blue Cross Blue Shield. Mala holds an MBA in marketing from Rutgers University and a master’s degree in sociology from the University of Madras. She is also a certified trainer through Achieve Global and a certified Dale Carnegie speaker.