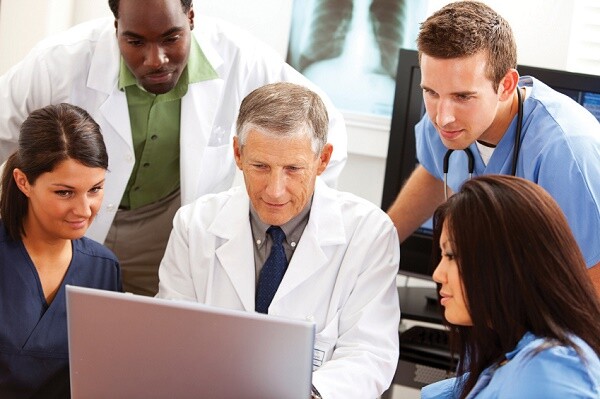 Did you know that you can never be ethical and moral and follow the law at the same time? The idea that we can have all three elements together is a hope that human society dreams. Let’s look at the definitions of ethics, morals, and law. 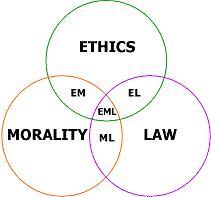 Ethics is the moral principles that govern a person's behavior or an activity. Morals are concerned with the principles of right and wrong behavior and the goodness or badness of human character. Law is the system of rules that a particular country or community recognizes as regulating the actions of its members and may enforce by the imposition of penalties.

If you are ethical, you can abide the law. If you are moral, you can be ethical. Also, if you are moral, you can abide the law. But you can never be all of three together. Morality governs private, personal interactions. Ethics governs professional interactions. Law governs society as a whole, often dealing with interactions between total strangers. Some people talk about their personal ethics, others talk about a set of morals, and everyone in a society is governed by the same set of laws. If the law conflicts with our personal values or a moral system, we have to act—but to do so, we need to be able to tell the difference between them.

Ethics and morals relate to “right” and “wrong” conduct. While they are sometimes used interchangeably, they are different: ethics refer to rules provided by an external source (for example, codes of conduct in workplaces or principles in religions); morals refer to an individual's own principles regarding right and wrong.

Morals and law differ because the law demands an absolute subjection to its rules and commands. Law has enforcing authority derived from the state. It is heteronymous (being imposed upon men upon the outer life of men). Law regulates men’s relations with others and with society.

For instance, a promissory note is in force for three years. It is the debtor’s duty to repay the loan; it is the legal duty. The creditor can enforce a legal action against the debtor within three years from the date of execution of promissory note before the court of law. The legal duty involves a corresponding right. The state provides the organized machinery for the enforcement of the law. Legal disputes admit in principle of alteration by legislation. Legal disputes can only be settled by an appropriate court of law. Law is narrower than morality; it extends to a great number of such acts. The law applies to all the citizens whether they want or not. Law cannot be changed into morals.

Morality demands that men should act from a sense of ethical duty. Morality has no such enforcing authority from the state. It is autonomous (coming from the inner life of men). It governs the inner life of men. If the promissory note is time-barred, then the legal duty of the debtor turns into moral duty. Of course, moral duty is not enforceable before the court of law. It is also accompanied by a corresponding right. But right is not enforceable before the court of law. There is no such organization for the enforcement of morals. Moral rules do not admit even in principle admit of change by legislation. Moral disputes can be solved by the mediation of caste elders, village elders, and so forth. Morality applies to every human act.

The morality also applies to all persons. But it depends from person to person, from religion to religion, society to society. It is his/her pleasure to follow or not. But morals sometimes can be converted into law. Example: donation to charity institution is a moral principle. The income-tax recognized and exempts certain percentage of income-tax towards donation from the total income.

Now, let’s compare ethics and law. Ethics are rules of conduct, while laws are rules developed by governments in order to provide balance in society and protection to its citizens. Ethics comes from people’s awareness of what is right and wrong. Laws are enforced by governments to its people. Ethics are moral codes which every person must conform to. Laws are codifications of ethics meant to regulate society. Ethics does not carry any punishment to anyone who violates it. The law will punish anyone who happens to violate it. Ethics comes from within a person’s moral values. Laws are made with ethics as a guiding principle.

It is clear that one cannot be ethical, moral, and follow the law. Today, following the law affects the morality of people. Being ethical makes you look like you are against someone or something. What do you do? It is not to please anyone but make sure you are ok with the what you will follow. Choose wisely because only two go side by side.

Why are these distinctions important?

Managers in nearly every industry think of ethics as a question of personal scruples, a confidential matter between individuals and their consciences. These executives are quick to describe any wrongdoing as an isolated incident, the work of a rogue employee. The thought that the company could bear any responsibility for an individual's misdeeds never enters their minds. Ethics, after all, has nothing to do with management.

Guess what? Ethics has everything to do with management. Lynn S. Paine explains it well in a Harvard Business Review article: "Rarely do the character flaws of a lone actor fully explain corporate misconduct. More typically, the unethical business practice involves the tacit, if not explicit, the cooperation of others and reflects the values, attitudes, beliefs, language, and behavioral patterns that define an organization's operating culture. Ethics, then, is as much an organizational as a personal issue. Managers who fail to provide proper leadership and to institute systems that facilitate ethical conduct share responsibility with those who conceive, execute, and knowingly benefit from corporate misdeeds."

Healthcare needs and issues—challenges in the delivery of healthcare, prevention of disease, promotion of health, and development of health policy continue—are increasing in complexity. As a result, there is renewed attention is being given to the ethical dimensions of health decision making, as well as the development of health ethics as a bounded area of teaching and research. What’s more, new technologies, emerging and reemerging infectious diseases, globalization, and a growing gap between rich and poor populations prompt professionals to ask, "What is the right thing to do?" when making decisions that will affect healthcare.

Professionalism and ethical values have always provided an implicit grounding for healthcare practice. But only recently have there been attempts to identify, define, and conceptualize healthcare ethics as a bounded area of interest within the healthcare field.

About the Author
Arturo Perez

Dr. Arturo Perez is a well-respected healthcare technology executive with more than 20 years’ experience in the healthcare, technology, and education industries. He has lead teams through the implementation and automation of procedural services for healthcare organizations. He also conducted a study on understanding the readiness of clinical personnel to change as technology and clinical information systems were integrated to improve the functionality of clinical care and practice.