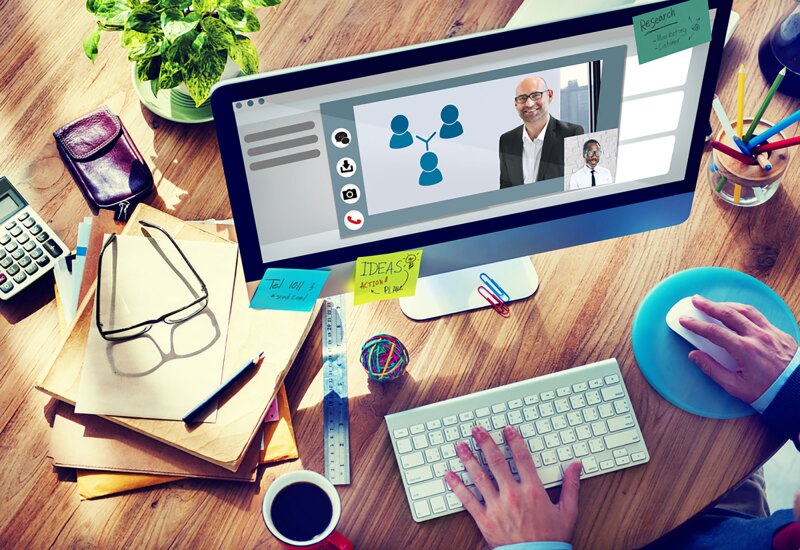 In a recent article, I wrote about the eight key metrics L&D strategies should focus on when designing a leadership training program aiming at developing conversational leadership.

Being all equal, however, years of in-field experience about leadership development suggest to me that if I had to choose one and only one, I would definitely go for developing self-awareness.

The Challenge of Patient-Centered Focus

In a project we delivered for a health system operating eight hospitals, we were asked to help design a meaningful training program for developing their managers’ conversational behaviors.

The goal was to increase the awareness of all employees on the importance of putting patients at the core of healthcare delivery. Despite the fact that leaders were already onboard on the importance of this core approach, apparently, they were not comfortable with transferring this value to their reports.

So, the client thought about delivering a leadership training focusing on developing their leaders’ ability to provide a more effective storytelling on this crucial topic. The idea was that delivering more impactful conversations would have helped realign the entire staff on the subject.

We proposed to support a learning path to encourage leaders to try conversations in our digital role play library, where each story describes a specific leadership challenge.

The Critical Threshold of Self-Awareness

The practice schedule was set in a way that, on average, each trainee was taking one simulated conversation per week, over a 20-week program. It came to a total of around 1,500 hours’ equivalent of training, with around 200 leaders involved in the initiative.

At about halfway through the program, most leaders were already improving their performance on the specific critical conversations; but this is not the point of this blog post. 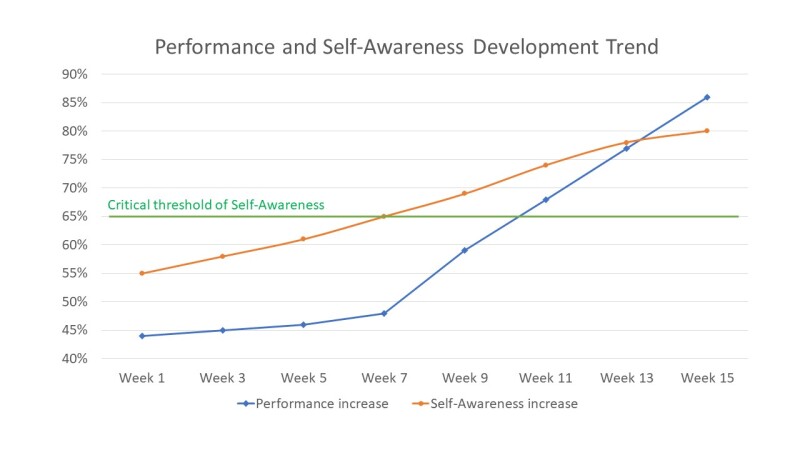 Analyzing the practical training session data we have, we found this happens quite frequently.
In fact, performance is related to learning agility, and learning agility widely depends on self-awareness. Until the trainees are completely aware of the impact of their own performance, it is difficult for them to focus on changing their behaviors.

As self-awareness finally clicks, revealing this blind spot, learners start realizing that new behaviors are necessary to achieve the results they aim for. And they start to change for real and at a faster pace.

Practicing on Conversations for Developing Self-Awareness

The case study I presented was developed by training healthcare leaders through practicing on digital role plays. Certainly, the main reason for choosing this approach was the clearly stated objective of the client: practicing on critical conversations to re-motivate and lead their leaders to improve their ability to drive employees toward a better patient-centered focus.

There is a reason why training on conversational leadership with digital role play can accelerate the development of crystal-clear self-awareness. Humans fear confrontation; but when confrontation happens, it becomes a great time for inner self-discussion. Digital role plays are the safest way to make this confrontation happen. And the feedback session at the end of each simulation—especially when delivered in the form of a subjective and emotional feedback of the character the trainee was practicing with—is a fantastic accelerator of inner self-discussion.

That’s when self-awareness gets sharper and sharper.

For those of you interested in working on this fundamental skill, in this article I discuss 10 good reasons to consider digital role play as a learning strategy for leadership development, including how to choose wisely the type of solution among those available on the market.

Building on self-awareness development is a great approach to pave the way to any leadership growth. For example, take a look at this interesting leadership model for healthcare, presented by UK NHS. I believe that each of the nine dimensions they consider for leadership would be better (and faster) nurtured with a preliminary training activity on self-awareness.

Of course, there are several ways to develop leaders’ self-awareness, but few are so efficient and effective as practicing on critical conversations. If you’re interested in learning more about practical strategies on this subject, subscribe to this free, online master class.

About the Author
Andrea Laus

As an enthusiastic technology endorser, Andrea is a serial entrepreneur who has founded several companies specialized in interactive e-learning content development and distribution. He is a strong endorser of the “human factor,” which he believes to be the added-value key element of any business negotiating process. Andrea is the mind behind the revolutionary Lifelike Interaction approach, a cognitive model and set of algorithms able to create a new training method designed to train behavior—and therefore boost performance.

As CEO and founder of Lifelike SA, a Swiss high-tech company leader in the area of learning simulators focused on user performance improvement, Andrea now leads a disruptive revolution. He is among the few world pioneers to bring artificial intelligence and interactive video into the field of behavioral learning and training.

In 2017, Andrea co-authored a paper published in the Journal of Medical Education. That same year, Lifelike was awarded the Gold and Silver medals at the Reimagine Education Conference in Philadelphia, Pennsylvania.