How Changing Latino Demographics Will Affect the Future Workforce 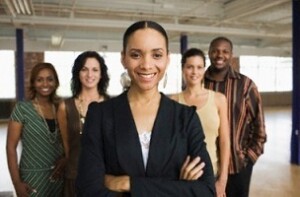 “Strength lies in differences, not in similarities.”
—Stephen Covey

Indeed, it is estimated that there are 52 million Latinos in the United States. Experts predict that Latinos will make up the largest bulk of entrants into the workplace by 2017, and the Latino population will represent more than one-half of the U.S. workforce by 2050. This makes the United States the Number 2 country in the world with the most Latinos, only after Mexico at 108 million, out of 23 Latin American countries. In fact, America is number six in the world with the highest Spanish-speaking population.

Of these some 50 million Latinos, 10-12 million are estimated to be in the United States illegally. Ironically, immigration is keeping America younger or competitive in the aging global environment, and economists indicate that immigration will prove positive for the U.S. economy.

Also making an impact on the workplace is the buying power of the U.S. Latino community, which was estimated at $1 trillion in 2010, and growing. Current Latino buying power is estimated to be larger than the entire economies of all but the top 14 countries (out of 194) in the world. (This might explain why ATMs have both English- and Spanish-language options for making transactions.)

An additional point to keep in mind is shifting demographics in age. For starters, the average age of Latinos in the United States is 27, while the average age for Anglos is 40. Meanwhile, for every Anglo that dies, one is born; for every Latino that dies, eight are born. Clearly, organizations need to consider who will backfill the aging Baby Boomer (primarily Anglo) workforce?

Complicating matters is the notion that although Latinos comprise nearly one-sixth of the U.S. population, they traditionally have not pursued higher education. However, it is estimated that almost 70 percent of Latinos enter college in 2013, an increase from 40 percent in 2000. Unfortunately, estimates predict that only one in 10 will actually complete college. This creates a great divide, because jobs of the future will need more than high school education. The future workplace will require high-level thought processing, problem solving, and critical thinking. Likewise, too few Latino college students are pursuing STEM (Science, Technology, Engineering, Math) degrees.

Bottom line: By 2020, nearly three-fourths of the predicted growth in the labor market will be attributed to Latinos. This should wake up call for all organizations and their future workforce. However, organizations cannot—and should not—just brand all Latinos alike. We must consider what it means to be Latino in the United States, with its 27 different nationalities, multiple migration patterns, and various cuisines and social mores.

Remember: Diversity is truly becoming a competitive advantage with increasing complexity. How the U.S. and organizations address this is still the open-ended question.