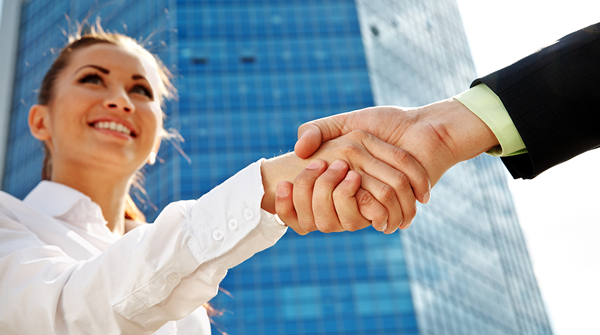 Many leaders still use outdated and ineffective methods to demonstrate their trustworthiness. Here are three guiding principles to help you take control of this essential relationship-building skill.

In today’s climate of cynicism, the ability to communicate trust can make or break a career.

Surprisingly, however, some of the most common assumptions about trust aren’t entirely true. In fact, many leaders still use outdated and ineffective methods to demonstrate their trustworthiness.

Here are three guiding principles to help you take control of this essential relationship-building skill.

Don’t tell people that you are trustworthy

In a time of uncertainty, leaders use emails and speeches as mechanisms to build trust, but the truth is that they just don’t work. That’s because trust is largely non-verbal. We convey our trustworthiness more convincingly by what we do, not what we say.

When New Jersey Governor Chris Christie theatrically apologized for lane closures on the George Washington Bridge, the citizens of his state didn’t buy it. In fact, the number of New Jerseyans who believed the governor was at least somewhat responsible for the lane closures actually increased from 34 percent to 50 percent after his apology.

By contrast, after Hurricane Sandy, Christie gained tremendous pubic support as he toured his distressed state, listened to devastated homeowners, and then advocated stridently for federal emergency funds.

Therein lies the secret to building trust: focus on actions not words. Consider what needs or concerns people have voiced recently, show them that you are listening, and your trust credentials will grow rapidly.

Although we know how hard it is to rebuild trust once it’s been broken, few people know a deeper truth: our ability to rebuild trust actually depends on how trust was broken in the first place.

Trust fractures fall into two broad categories: flaws of character and lack of skill or ability. Mistakes that are ascribed to a lack of skill are generally pardonable. Simply put, we’ve all made honest mistakes and we know that with a little extra effort, anyone can improve.

Take for example Pete Carroll, head coach of the Seattle Seahawks and winner of the 2014 Super Bowl. Few people know that, from 1994 to 1999, Pete Carroll had a lackluster record as head coach of the New York Jets and later, of the New England Patriots. When he was fired from the Patriots, he managed to convince the University of Southern California to give him a chance to coach a college team.

The following eight years were nothing short of spectacular for USC football and, as a result, Seattle decided to give him another shot in the NFL, signing him as head coach in 2010. This turned out to be a smart decision for Seattle.

Other types of mistakes—those that are attributed to character flaws—are rarely pardoned. That’s because people view character flaws as permanent traits that can’t be changed. Consider Tony Hayward, former CEO of BP, who infamously complained that he wanted his life back after 11 men had perished on his company’s oil rig and while thousands more were out of work.

No matter what, never display arrogance

In today’s climate of distrust, the penalty for arrogance can include swift public rejection.

Think back to the summer of 2011 when Netflix decided to radically change its services and then to inform customers of those changes through a fairly curt and uncaring email. The public reaction sent Netflix into something the New York Times dubbed, “A Near-Death Spiral.” The stock fell from a high of almost $300 per share to below $70.

Netflix CEO Reed Hastings published an online apology video shortly after the mishap and accepted full responsibility. But the apology did little to win back customers.

“In hindsight, I slid into arrogance based upon past success,” Hastings explained in the same New York Times article.

The best way to avoid arrogance is to look at an issue from the standpoint of stakeholder empathy. Trust-building communications processes must include a point at which an issue or new product is perceived—empathetically—from another person’s standpoint.

This one step enables companies to consider the human implications of each decision and to revise their actions before it’s too late. Leaders can then project an image of confidence and care for others, and their company’s actions will support that image.

In essence, communicating trust is often about avoiding errors that break trust and remembering that customer-centricity isn’t just a sales strategy—it’s an essential company-wide mindset.

About the Author
Kellie Cummings

Kellie Cummings is a business consultant specializing in practices that fortify trust during times of change. She is accredited by the International Association of Business Communicators and received the Platinum Marcom award for her communications strategy during the financial crisis. Learn more at: www.kelliecummings.com and follow Kellie on Twitter @kellcummings.