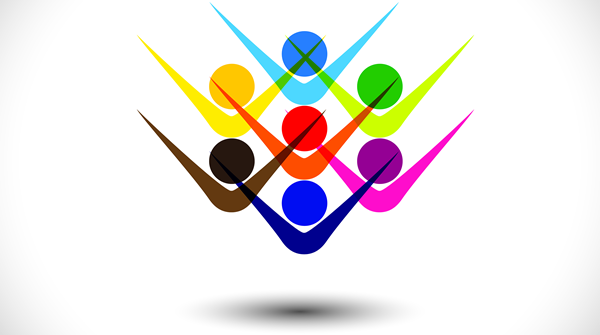 Improving Employee Engagement in Government—Now More Than Ever

These are tough times for government. Heated budget battles and rhetoric about the size, function, scope, and effectiveness of government have generated criticism not just of government itself, but also of the people who deliver public services to our citizens. Across the country—in Congress, state legislatures, city councils, political speeches and ads, the media, and elsewhere—government agencies and their employees are being denigrated.

The recent battle over the budget for the U.S. Department of Homeland Security, for example, is just one example of how public servants have become pawns in larger political battles.

Despite the drumbeat of criticism (or maybe because of it), I believe that the biggest challenge facing government today is attracting, developing, and retaining talent. A key to meeting this challenge is creating the kinds of workplaces that will maximize employee engagement. But government leaders striving to improve engagement face a different set of challenges than private sector leaders, including dealing with the constant barrage of criticism.

There is a strong business case for why government jurisdictions and agencies should focus on improving engagement. Study after study has shown that organizations with highly-engaged workforces outperform low-engagement organizations—in strategic goal achievement, productivity, customer service, retention, attendance, and so forth. This is true for both the public and private sectors.

However, maintaining a high level of engagement in the public sector is a tough challenge. For example, the 2014 Federal Employee Viewpoint Survey revealed that engagement among the nation’s largest employer has declined. Similarly, the 2014 Best Places to Work in the Federal Government rankings by the Partnership for Public Service showed a decline in federal employee job satisfaction for the fourth year in a row. And, while we don’t have comparable data for state and local government, it is likely that the needle of engagement is moving in the wrong direction in these sectors as well.

After all, criticism of government compounded by the ever-present calls for smaller government, can’t help but affect the morale of public servants.

But I try not to focus on problems without offering solutions. The flip side of challenge is opportunity, and I believe that the relatively low level of engagement in government (even the most optimistic results from engagement surveys peg the percentage of engaged employees in government at less than 65 percent), creates the opportunity to improve performance by improving engagement.

However, I don’t believe there is a one-size-fits-all solution to improving engagement. Instead, each government jurisdiction and agency needs to:

In other words, agencies shouldn’t administer the medicine before diagnosing the condition.
There are instructive examples of what government organizations have done to improve engagement. These include:

While it’s helpful to understand actions public-sector organizations have taken to build engagement, there is no magic bullet. Instead, what’s needed is a systematic assessment of engagement and then a carefully constructed approach to dealing with the issues the data reveal. Creating a culture of engagement—and improving performance—is a marathon, not a sprint.
To learn more, join more for the webcast, “Building a Culture of Employee Engagement,” March 10, 2015, at 2:00 p.m.

About the Author
Robert Lavigna

Robert "Bob" Lavigna has more than 30 years of experience leading public sector human capital management organizations, including positions with the state of Wisconsin, Partnership for Public Service, and the U.S. Government Accountability Office. He currently works as Assistant Vice Chancellor/Director of HR for the University of Wisconsin-Madison. Lavigna also is author of  Engaging Government Employees: Motivate and Inspire Your People to Achieve Superior Performance (Amacom 2013).