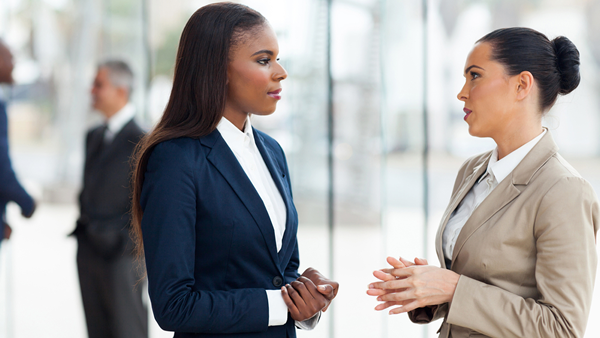 Keys to Executive Conversations: Executive Presence—What It Is and How You Get It

Executive presence is not a new trend. It’s always been a critical skill for top executives.

What is executive presence?

Defining executive presence is a gray area because for many it is the essence of leadership. It isn’t a technique, but an embedded skill that becomes a personal trait which gives you power and influence over others.

Presence isn’t something you give yourself. It is something you earn from those around you who come to respect your right to speak and your ability to lead. Some have called it an “earned authority.”

And although it’s not a new skill, it is a relatively new skill gap. While historically leaders have possessed a lot of presence, young managers and the new generation of leaders seem to lack it.

How do you get executive presence?

Executive presence is perception. Managers and executives gain it through awareness and coaching. As you think about developing presence, here are the three core areas to consider:

So, how critical is executive presence? Close to 90 percent of top leaders we surveyed for our recent book, The Hidden Factor: Executive Presence, said presence is a key factor in getting ahead in an organization. And, we believe that makes it a skill gap worth closing.

For more on the keys to effective executive conversations, read my previous blogs on the importance of creating a clear message and takeways and developing a compelling message.

About the Author
Sally Williamson