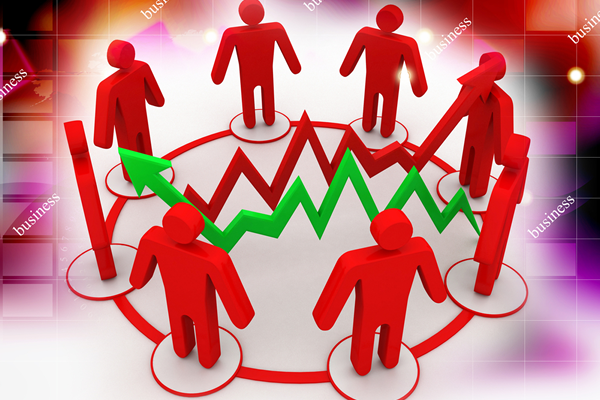 This is Part Three of a four-part series on using improvisational behaviors to drive performance.

When I was improvising professionally in my early days as an actor, there was a funny situation that arose several times. Five or six guys would realize they cracked each other up and decide to do an improv show. The problem was that these guys would invariably look the same, have the same sense of humor, and be old friends from the same neighborhood. They had a lot of fun together.

But was the show as funny for the audience? Not so much. You guessed it: These shows usually ran for one weekend and closed.

You see, in order to have a really good improv show, you need many different types of talent. You need someone who is great with one-liners, someone who can riff on current events, someone who can sing, a character-actor, a dancer, and definitely a piano player! Now that’s the foundation for a really funny, interesting show that will bring audiences back.

(And to my gentlemen readers, I apologize if this example feels extreme. But it happened so many times it became a joke. And I never saw an all-female group until I moved to Ohio years later.)

“A team is a small number of people with complementary skills who are committed to a common purpose, performance goals, and approach for which they hold themselves mutually accountable.” – Jon R. Katzenbach and Douglas K. Smith

Diverse talent isn’t the only ingredient. As we all know, the people in a troupe or team need to be invested—that’s where team equity comes in.

Team equity is about having all the right people in the right places, doing the right things. It’s not about everybody having equal time, equal say in the matter or equal skills. Members of high-performing teams complement each other. And when that happens, discretionary effort and engagement begin.

So how can leaders achieve that balance? Ask and listen. Understand your people. What are their skills? What do they love to do? What drives them and what matters to them?

A large financial client used regional proximity to decide who went on client pitches. If a big client pitch for mortgages came up in the Mid Atlantic, John was sent because he lived in the area and it was good experience for him.

Unfortunately, John hated pitching. He tried his best, but desperately needed support. Although it seemed “fair,” the client got a terrible presentation from a novice and the company lost the pitch.

By honestly assessing talent and integrating team equity, the client began to change its culture for better outcomes. Specific strengths were identified and everyone, nationwide, understood who to turn to for expertise. That meant the right people supported the local teams for specific pitches.

This approach enabled experts to train novices, clients to see that the company contained the skills needed, and teams to leverage their strengths. It all came about because a leader decided to start asking people, “What’s your strength? What do you think is the best talent you bring to the team?”

Leveraging strengths is not an excuse to avoid development. Everyone can improve their weaknesses and work outside their comfort zone. That’s what growing and stretching is all about. And when they also get to use their strengths for the team,  everyone puts on a better show.