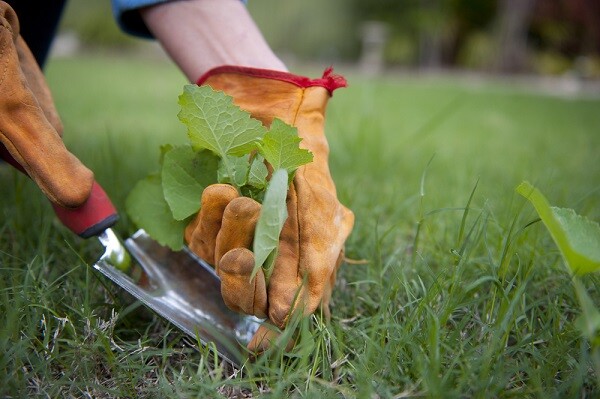 Managing the Weeds of Change

When it comes to change management, my approach is to teach people to work through change like a gardener. The goal is to end up with a harvest of something better as the change matures.

If you have spent any time growing vegetables, flowers, or even a lawn, you know that creating the optimal environment for plants also sets the stage for something else: weeds! If these weeds aren't kept in check, they can severely limit or destroy the final results of your hard work. In my work with organizations on change management, I see several "weeds" that leaders and managers in the organization fail to address.

Expecting new procedures or systems to have no effect on productivity.

People need time to adjust to anything new, especially if they have been engaging in a routine for an extended period of time. Try moving your icons on your smartphone or computer desktop and count how many times you try to go to the former spot to activate them. Leaders need to allow for temporary dips in productivity as people adapt.

Informing everyone about the change at one time, and thinking that's enough.

It's fine to announce the change organization wide to get everyone on the same page, but the real work is to have every manager begin working with their direct reports on what daily actions will need to change. The longer the gap between the announcement and this work, the more weeds of doubt, suspicion, and fear will sprout and grow.

Giving no sense of urgency about making the change.

Few people change for the sake of change. They want a rock solid reason-positive or negative-about why this change should occur now. This sense of urgency should be determined and communicated as individually as possible-just saying it will grow company market share doesn't cut it.

Failing to acknowledge past failures with change initiatives.

One manufacturing company I worked with last year was preparing to move to a flex assembly line with their people. It had tried this change in the past with little success. When I asked the leaders if they would be communicating how this effort was different than their previous one, they said, "No, we don't want to talk about that." I said to them, "Well, your people are talking about it, so you might want to be a little more transparent."

Expecting the change to be a "one and done."

I love what one hospitality company I work with says about setting their room rates: "The days of set it and forget it are over." They realize that rates for their rooms will constantly changing. The same is true of successful organizations. A continual process of growth (like a garden) is the model for the 21st century. Like gardens, there will be seasons of significant change and seasons of small change—but change, nonetheless.

Forgetting to teach their leaders and managers to recognize the "small wins."

Too often, organizations only celebrate when there is 100 percent success with the change. What if the change fails, but people still grew in their skills or willingness to step outside their comfort zones? Shouldn't that also be recognized as growth? It certainly builds the foundation for keeping people motivated to give their full efforts the next time a change initiative takes place-especially if the outcome is not a sure thing.

Allowing the "strongest-wrongest" person to control the change process.

You've got them in your organization. They usually have a strong presence, and are always the first to speak up against a change. You know they are wrong in their perspective, but you don't dare cross them. These people sometimes have valuable information to share, but other times they are a major stumbling block to the success of the change. Invest the time necessary to help them get on board with the change. They can become some of your strongest advocates if you can change their perspective.

In gardening, you never can completely get rid of the weeds. You may pull up some, but most likely, there are hundreds of weed seeds just below the surface waiting for the right time to sprout. In the same way, you will never rid your change management process of problems, challenges, or difficulties. Like gardening, the key is to weed early and often.

What are some of the weeds you see in current change initiatives in your organization?

About the Author
Jones Loflin

Jones Loflin is an internationally recognized speaker, author, and corporate trainer, Drawing on skills honed as an educator, business owner, and speaker, Jones has created and conducted training programs for groups ranging from international corporations and trade associations to governmental agencies and educational institutions. Jones’ “3P Approach” of Powerful Ideas connected to Practical Solutions delivered with a Personal Approach has attracted the attention of organizations around the world. His client list includes Federal Express, Wal-Mart, Choice Hotels, Volkswagon, Bridgestone, Saudi Aramco and State Farm as well as the United States Navy and Air Force. Jones also is author of Juggling Elephants, a witty and profound parable about one man’s search for solutions for the struggle of too much do;  Getting The Blue Ribbo, a unique story offering simple strategies to get better results in your work and life; and is newest book, Getting to It. You can learn more about Jones and his work at www.jonesloflin.com.