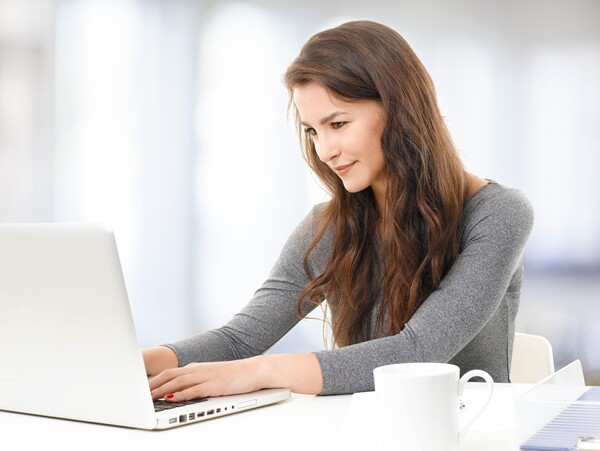 MOOCs: Did We Expect Too Much Too Soon?

Are MOOCs (massive open online courses) the next big thing in higher education, or merely a distraction that won’t change the current system? Is the MOOC revolution only just starting to change how people learn, or has it already failed?

It all depends on who you ask. But the real question is: Did we expect too much too soon?

When companies like Coursera and edX first started promoting their online courses, many people had high hopes for how they could transform higher education. In fact, the New York Times dubbed 2012 “the year of the MOOC,” and quoted te president of edX, Anant Agarwal, predicting that “a year from now, campuses will give credit for people with edX certificates.”

That prediction hasn’t come to pass. Colleges and universities do not really consider MOOCs a threat to their existence. When Uber enters a new city, the existing taxi industry feels the disruption as their market share significantly diminishes. But MOOCs, and the companies that offer them, have not been able to disrupt the existing business model of the educational institutions. What’s more, there are significant obstacles that stand between them and their share of the higher ed pie.

MOOC Certification Does Not Guarantee a Job

Recruiters all over the world still consider formal degrees and diplomas to be the minimum criteria for hiring. MOOC certifications do not have that recognition. In an interview with ReadWrite, the director of digital learning at MIT, Sanjay Sarma, explained: “When I’m hiring someone for the long-term to lead the company, I want to make sure that their . . . interdisciplinary skills and critical thinking are very developed. . . . So there, it matters and would matter to me that they did go to a good school and get a great education.”

A degree from a reputable college often leads to a lucrative job offer. Job-placement teams for colleges and universities are confident that companies who recruit graduates every year will continue to compete with one another to pick the best talent from each school. Although you may come across a few encouraging success stories of people getting jobs after completing a set of online courses, MOOC providers have not yet established a comparable placement network.

Higher Education Is Not a Consumption-Based Economy

Businesses that get disrupted through online and social channels primarily operate in an economy of consumption. That’s why Airbnb, Uber, and Amazon have captured gigantic market shares through robust and reliable technology platforms.

However, higher education has a different business model. Apart from acquiring knowledge and skills, students are also beneficiaries of degrees and diplomas that help them secure jobs. Getting a job is not equivalent to buying a product or a service, because it’s not money alone that determines who will get what kind of job opportunity.

The leadership at Coursera, edX, or Udacity, who pioneered the MOOC model, were likely aware of these challenges. Yet, this burgeoning learning approach quickly became touted as a solution to fixing an expensive, exclusionary higher education system. Coursera co-founder Daphne Koller portrayed MOOCs as direct competition for colleges and universities, claiming in a 2012 TED talk that MOOCs could be just as effective as a mastery-based approach, even coming close to individual or personalized tutoring.

This claim and others like it got people’s attention, but it didn’t factor in some of the intangible benefits of the existing higher education model. People enjoy being part of a vibrant campus life—something you don’t get online. They also appreciate the social status associated with an actual degree or diploma from a reputable institution. MOOC providers don’t have the same pedigree as Ivy League schools.

There were some expectation mismatches in the early years of MOOCs. But that doesn’t mean we should no longer feel excited about their future potential.

MOOCs Are a Dream Come True for Lifelong Learners

MOOCs represent an unlimited opportunity for lifelong learners; there is no alternative model. A person anywhere in the world can take top-quality courses delivered by world-class institutions and professors at minimal cost.

Julia Stiglitz, Coursera’s director of business and market development, shared her vision for MOOCs with EducationDIVE in March: “The place where I see Coursera and MOOCs in right now is in the space of lifelong learners, who are really looking for educational opportunities that are either for their career or just because they love learning. . . . I think we’re part of this growing, new category, which is this lifelong learning education category.”

In terms of business potential, the MOOC market is growing at an unprecedented rate. A recent research report predicted that the global MOOC market will exceed $10 billion by 2020. In 2013, Coursera had more than 5 million registered users, but that number has now passed 13 million. The number of registered users for edX and Udacity has also grown to nearly three times what it was two years ago. And in one year the number of independent MOOC providers has more than doubled.

More importantly, courses have more breadth and depth. As MOOC providers continue to form partnerships with learning institutions, the diversity of courses and topics increases. The number of courses that include multidisciplinary subjects has also grown. “An Introduction to Consumer Neuroscience and Neuromarketing” is one such multidisciplinary course offered through Coursera. Similarly, Coursera has started many specialization tracks, in which each track has a targeted sequence of courses designed to help learners master a skill. There are specializations on data science, digital marketing, and interaction design, to name a few.

Udacity also provides a new kind of credential called nanodegrees, in which the company teams up with leading technology organizations like AT&T, Google, and Salesforce to provide the chance to learn by doing real-life projects for 6 to 12 months. For instance, Google will sponsor and arrange a three-day summit for 50 graduates from Udacity’s Android Developer Nanodegree program at Googleplex in California. Participants will use the skills they learned in the nanodegree program in a two-day hackathon, and they’ll create and demo Android applications for Google engineers.

Colleges Are Getting Onboard

These two new programs may indicate that higher education institutions are starting to accept and adopt the MOOC model.

• First open online MBA. The University of Illinois at Urbana Champaign College of Business has launched an iMBA program through Coursera. It consists of a set of specializations that cover different areas of business and will cost $20,000. “As an open-admission graduate degree, the iMBA will open doors to people who wouldn’t have qualified for a graduate degree under traditional admissions criteria,” said Coursera president Daphne Koller in a May 2015 BusinessBecause article. “Learners can try out courses with no commitment and apply for the MBA later if they feel confident in their success.”