The Power of Opportunity 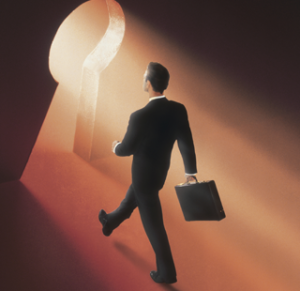 In the last blog post, I explained that leadership, as a topic, has become more complex than it needs to be. When you get right to the core of leadership, it’s about creating opportunities for those you lead. Leadership is about those being led, not the person doing the leading. The leader’s main job is to provide people with opportunities that help them stretch, grow, and excel.

Opportunity is a powerful motivator. Former British Prime Minister, Benjamin Disraeli, once declared, “Opportunity is more powerful even than conquerors and prophets.” Need proof? Consider the early history of the United States. Massive migrations of Europeans left their homes in pursuit of opportunity in a strange new land. The quintessential American success story is the person who comes to the country, often with pennies in his pocket, in search of opportunity.

A lot of leaders pride themselves on being problem-solvers and critical thinkers. Often, though, they place too much emphasis on being critical and dealing with problems. In such instances, leaders can become downers, always harping on what’s wrong and what needs to be fixed. Taken too far, this can lead to fear-based leadership, in which all challenges are viewed as threats to be thwarted, or risks to be minimized and controlled.

Such fear-stoking is exemplified by one of the most overused phrases in the history of business: What keeps me awake at night … Think about it. When leaders talk about (or more often brag about) what keeps them awake at night, aren’t they really just showcasing their fears and anxieties? It’s as if some leaders believe that the only way they’ll get any rest is to make the entire workforce share in their fears. Unless people are as afraid as they are, they think that no one will be motivated enough to address whatever is causing the leaders to lose sleep.

Seriously, insomnia shouldn’t be a leadership badge of honor.

About the Author
Bill Treasurer

Bill Treasurer is the chief encouragement officer (CEO) of Giant Leap Consulting, a courage-building company. For more than two decades, Bill has traveled the world working with thousands of executives to strengthen their leadership impact. He is the author of the international bestseller, Courage Goes to Work and Courageous Leadership. His newest book is Leaders Open Doors (ASTD Press).