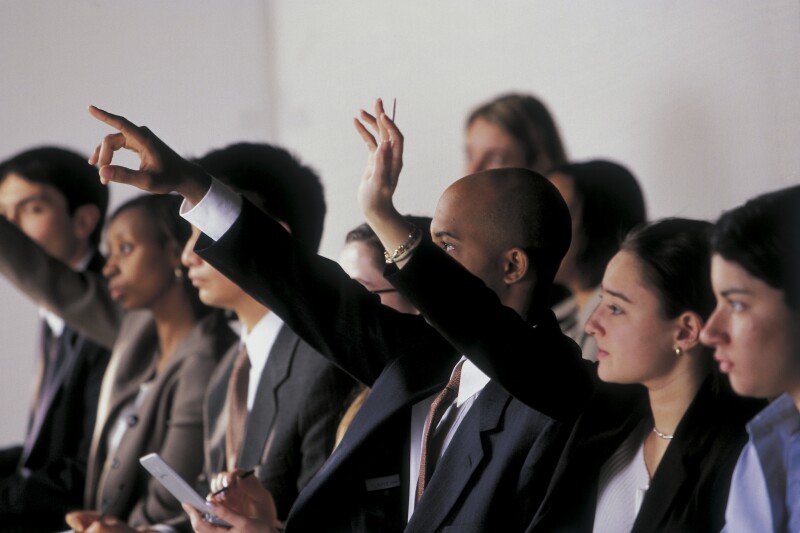 The Role of the Learner in Employee Training

During my work, I’ve spent time studying the role of an effective trainer in a continuous learning strategy and the changing role in recent years of learning and development leaders. Meanwhile, Stephen Gill and others have looked at the important part that a manager must play.

Yet, I believe that the role of the learner is equally important, which might seem obvious to many readers. Isn’t the learner the central focus of an effective training strategy? My point, though, is that it’s not a passive role. There are direct responsibilities that any learner—whether a new or veteran employee—must fulfill and adhere to.

Without active learner participation, no amount of teaching will ensure an employee is absorbing the knowledge being transferred, or grow and succeed in the long-term. Learners must take ownership of specific responsibilities if they plan on getting the most out of their own training.

That's a fact that all learners must face, but it's important for managers to know what is expected of them as well. So, here are the important things that a learner must be attuned to and try to perfect during the entirety of both the initial training period and beyond.

Attitude really is everything. If an employee has already decided that they aren't learning anything, they won't. No amount of coaxing from the facilitator or instructor can force learning, and sometimes learners will simply be resistant to change.

People have to consciously be engaged in what is being offered to them, so that the knowledge remains with them. Their motivation might be to move up in the company, keep a job, or become more efficient at their everyday tasks. No matter the reason, there has to be an acceptance of the learning phase to achieve any sort of success.

Initiative and motivation go hand in hand with a positive attitude. This means that learners are watching others implement new strategies and processes, shadowing veterans, and taking the right steps to master the new material themselves. However, keep in mind that some people want to learn more, but don't take the right steps to enhance their learning experience.

Learning the material isn't enough of a goal when the organization needs employees to really retain information. L&D professionals need to set up goals for each person that demonstrates they know what they are doing and have mastered it.

Goals can be based on the individual or the team as a whole. But letting workers know what is expected of them is a good way to ensure they are aware of performance requirements.

Asking for feedback is probably one of the most difficult things for employees. People don't like to hear critiques about their performance, but it's an essential part of learning and growing.

Workers don't have to ask you specifically for feedback, but it is important to have co-workers and managers look at what the learners doing—from all angles. If they are providing the feedback, they can look at common mistakes while those receiving it can use it to become a better worker.

What people don't realize is that asking for feedback early on is much better than hearing about it later on down the road. No one wants to be working for several months and hear that they have been doing things wrong since day one.

Going above and beyond

Lastly, you might have observed during your career that many of the most successful employees have shown a consistent willingness to go beyond what are his basic requirements. They are usually proactive, take initiative, and try to think ahead.

I believe there is definitely room for this sort of employee to take an active role in their learning as well. That’s not to put all the onus of them, or to ask them to work unreasonable hours regularly outside of the office. Yet, it does include trying to think a few steps ahead, and to begin the mental and actual process of what it takes to get there.

To be sure, managers can provide their employee learners with a solid foundation to get started at work, and even to supplement that knowledge and improve their skills through a continuous learning strategy, including going to conferences, attending workshops, and webinars. But the employees themselves will have to take it to the next level if they want to master skills.

Always remember that learning never stops or slows down, and keeping your staff educated means that you don't have to play catch up in the future.

About the Author
Jason Silberman

Jason Silberman is Marketing Director of WalkMe, an interactive online guidance system that empowers learning officers to “train” their software, so employees are able to learn independently and successfully, as they are working. Jason is also the lead author and editor of Training Station, a blog dedicated to news and ideas on training, learning, and organizational development. Follow him on Twitter at @tstationblog.