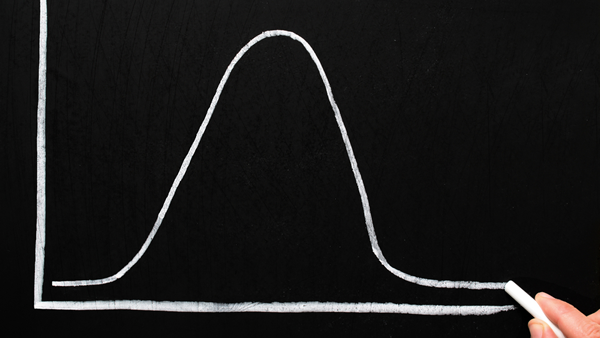 The Variance in Current Performance

The 2008 Olympics: Michael Phelps, gold medal 100-meter butterfly event. Remember? Phelps  edged out his nearest competitor by one-one hundredth of a second. This accomplishment would take years of daily practice. The investment? ENORMOUS.

In contrast, suppose you were a coach at your local swim club and were working with five-, six-, and seven-year-olds. The lap time across members of your team likely would vary by tens of seconds. As you worked with these young swimmers during the season, you hopefully would see two shifts in performance occur: The top speed of your best swimmers would improve, and that gap across the swimmers would narrow. It's quite possible that this would occur even with only two or three coaching sessions per week. The investment? MINIMAL.

So where do you invest? That answer depends upon the variability of performance in the ‘A-positions’ you identified during the last blog entry. A large variance in initial performance allows for rapid improvement with minimal investment. Variation in performance represents upside potential—shifting the performance curve to the right in critical roles will pay huge dividends.

When looking for variance, be sure you are identifying the key accomplishments or outputs produced by an individual or team. The value proposition for improving performance is tied to improvements in the quality, cost, or timeliness of those accomplishments.

A job must meet the dual criteria of strategic impact and performance variability if it qualifies as a logical place to invest your performance improvement resources. And that brings us to the A-positions you identified. Look at your list of A-players again, estimate the variance that exists within each of those positions, and calculate the potential value of shifting the performance curve for those employees. The goal is for you to prioritize where to invest your time and attention within your organization. In general, this means focusing your efforts where you will achieve the greatest return on investment. In the next blog article, we’ll discuss how to ensure you are pouring resources into those workers who produce what really matters!

For more on how to shift the performance curve, check out Paul’s previous blog article in this series.

About the Author
Paul Elliott

Paul H. Elliott, PhD, is president of Exemplary Performance LLC based in Annapolis, Maryland. Dr. Elliott’s expertise is in the analysis of human performance, the design of interventions that optimize human performance in support of business goals, and strategies for transitioning from training to performance models. Dr. Elliott assists organizations in performance analysis, instructional design, product and process launch support, design of advanced training systems, and the design and implementation of integrated performance interventions. Co-author of Exemplary Performance: Driving Business Results by Benchmarking Your Star Performers (Jossey-Bass, March 2013), Dr. Elliott offers business leaders, human resources professionals, and organization development practitioners the tools and processes to identify star performers, capture the high performance attributes of these employees, and disseminate this valuable information throughout the organization.