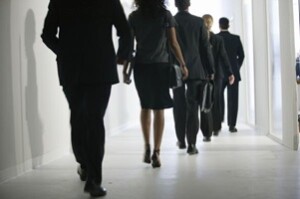 Even more striking, is the fact that the U.S presently ranks 10 around the globe for citizens earning a college education, with South Korea, Canada, and Russia in the top ranks. The magnitude of this issue intensifies when you factor in the increase in minority populations in the United States, only 60 percent of which complete high school, 12 percent earn undergraduate degrees, and 10 percent complete graduate degrees.

Why are these numbers low?

To start, many blame the Great Recession and recent financial woes in the United States. Others fault the increasing costs of higher education. Indeed, few can argue that earning a college degree today has become equivalent to going into a lifetime debt. Clearly, to compete on the global stage, more cost-effective education is required.

But the problem is more deeply rooted than these fairly recent developments. Many students are simply not prepared to enter higher education. There is little doubt that major local, state, and federal cuts to education budgets—both at the first and secondary levels—are having an impact on student readiness at the college level.

Even worse, those that do receive a higher education aren’t always prepared to enter the workforce. Some experts claim that nearly half of employers are having a difficult time finding qualified college graduates to hire. A 2014 Gallup poll, sponsored by the Lumina Foundation, revealed that 14 percent of Americans—and only 11 percent of business leaders—strongly agree that graduates have the necessary skills and competencies to succeed in the workplace. In addition, one study found that 33 percent of college grads in 2011 did not demonstrate a large increase in cognitive gains over the years. Stats like this obviously trouble employers.

Bottom line: These individual and societal choices are adding up—and defining the current and future capabilities of the U.S. workforce—how employees and organizations can learn, evolve, adapt, grow, and produce results. How the U.S. proactively plans for these challenges and opportunities will determine how it competes globally.

With the ever-changing technologies, the growing Knowledge Economy, and the need for advanced thinking and creative workforce solutions, organizations that invest now in education will reap benefits in the long run. But pursuing education improvements in K-12 and higher education to increase STEM skills isn’t enough. Instead, organizations must proactively partner and engage with education institutions to adequately prepare future workers. The good news is, per the Gallup/Lumina poll, that a grand majority of business leaders (88 percent) would like greater levels of collaboration with higher education institutions.

In the end, while affordable and effective education is an important imperative for society (and thus government), business may have to step up if they want to achieve global success.