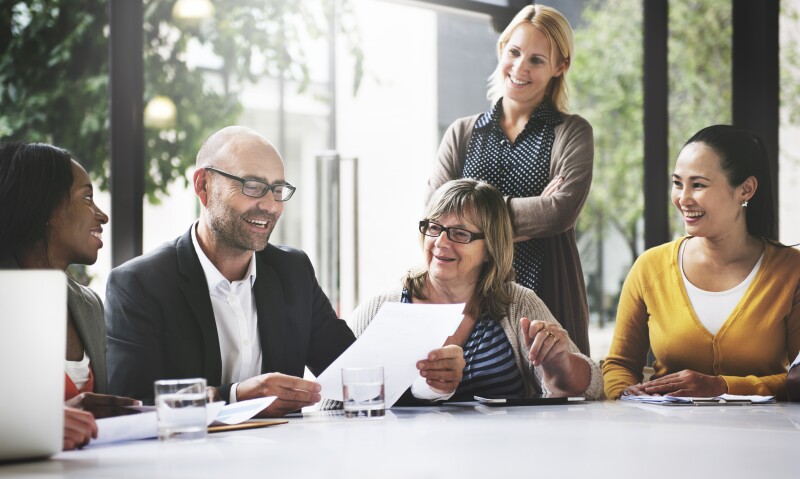 Why Do We Always Have to Have “the Meeting After the Meeting?”

It’s three o’clock. Your product development team meeting has just ended. And here you are in the breakroom with most of the other team members.

Meanwhile, near the manager’s office . . .

If any of this sounds familiar, you’re not alone. Ideas are the lifeblood of organizations in the current climate; but having a constant flow of new and interesting ideas to explore, develop, test, and bring to market is not a given. Three major factors contribute to the dearth of great ideas:

In a time when innovation—that is, creating value from an idea that is new to you—is key to the success of many organizations, high-quality ideas are a valuable currency. They are the raw material for innovation. Paul Romer, winner of the 2018 Nobel Prize in economics, has shown that new ideas are the fuel for long-term economic growth and that organizations need to invest in research and development and support improved patent laws to encourage innovation. Those investments can best pay off when potential innovators thrive in welcoming environments. Organizations that can’t respond with new and powerful ideas to customer needs, changing technology, social and cultural movements, competitive pressure, political or environmental crises, or unexpected opportunities risk obsolescence.

While generating ideas is not often part of a formal job description, it’s hard to think of a job where the skill wouldn’t be relevant. Anyone who has worked in an organization will be aware that a large proportion of problems frontline employees face will never reach the senior executive level. It’s common wisdom that those who are closest to the problem or opportunity are in the best position to deal with it. If the only person with the responsibility and permission to generate ideas is a formal leader or designated professional, there are probably too many people in the “room.” Any organization can benefit from a workforce that is both expected to be and skillful in being creative and forthcoming with suggestions and proposals.

Organizational or team cultures that discourage disagreement and debate risk missing ideas that could transform their business results, create greater efficiency, or help them to become a better place to work, attracting the best talent. Those ideas, or the seeds of them, walk out the actual or virtual door of their company every day between the ears of team members. Worse, ignoring (not requesting) or not providing honest feedback can lead to disastrous results, financial or otherwise. Serious errors of judgment can and do occur when people assume that those who are senior in rank or experience cannot be questioned. When people with unusual or unpopular ideas and opinions are silenced, directly or indirectly, disasters can happen and do happen. When alternative solutions and critical feedback are not invited or welcomed in an organization, it’s almost inevitable that certain consequences will result: Resources will be wasted on mediocre ideas that fail or don’t perform as hoped, and talented people with better ideas will take those ideas elsewhere.

Many leaders do things, intentionally or not, that discourage people from weighing in openly on ideas or decisions. They may begin discussions with their own proposals, seeking agreement rather than a critique or a number of alternatives. They may become defensive when their assumptions are challenged, or their rationale is questioned. Or they may run with the first halfway decent idea that is expressed by a team member instead of asking for other ideas so there would be a variety to choose from. They may, even outside of their awareness, favor people who agree with them and punish those with different opinions, thus sending the message to others in the group or team about what is safe and “politically correct.”

At the same time, many team members have little experience, skill, or confidence in their ability to speak up, to disagree, and to initiate or participate in a robust discussion—what we will come to call a “constructive debate”—that can lead to better, stronger, and more successful ideas.

Are teams in your organization making great decisions? Do they consider alternative—even competing—points of view before they decide? Are the right people invited into the process and listened to? Do team members build on one another’s ideas to improve them? Do teams avoid playing politics and instead keep a rigorous focus on developing promising concepts and solutions? Do members avoid defensiveness and ask for feedback? Can creative, unusual, and even risky ideas get a hearing? Can people disagree and remain good colleagues? Or, is your organization one where “the meeting after the meeting” is the norm, when people express their real opinions after they have allowed a suboptimal or mediocre idea to move forward? Is it an organization where people hesitate to disagree openly with conventional wisdom, where fear of conflict or failure means that potentially great ideas may never be expressed?

As a formal or informal leader, you are positioned to help change the culture (the norms and practices that govern the way people behave). As a trusted advisor, business partner, organizational consultant, coach, change leader or facilitator, you can support and promote a culture where “constructive debate” becomes the norm.

About the Author
B. Kim Barnes

B. Kim Barnes is co-founder and CEO of Barnes & Conti Associates, a global leadership development firm based in Berkeley, California. She holds a master's degree in human development and has more than 35 years of experience, including external and internal consulting roles with organizations in a broad range of industries. Barnes is a popular speaker and seminar leader worldwide, and she lives in the San Francisco Bay Area.

Kim’s books include Exercising Influence: A Guide for Making Things Happen at Work, at Home, and in Your Community, Third Edition (Wiley, 2015), Consulting on the Inside: A Practical Guide for Internal Consultants (ATD Press, 2011) with Beverly Scott, and, co-authored with Aviad Goz, Self-Navigation: A Compass for Guiding your Life and Career (Johari Press, 2013). Her newest book, Building Better Ideas: How Constructive Debate Inspires Courage, Collaboration, and Breakthrough Solutions, will be published by Berrett-Koehler in October, 2019.