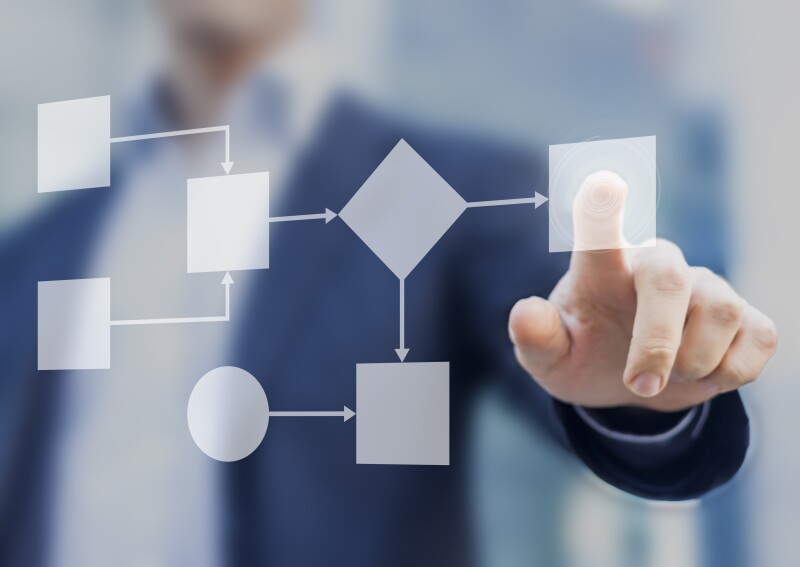 Why Your Best Sellers Ignore Your Sales Process

Have you ever seen a child who’s just received the gift of a plastic toy hammer? Preferably your memory of this includes the child wearing a colorful fake hardhat and a flimsy tool belt too, but the most important image is the plastic toy hammer. What’s the first thing the child does with the hammer? They start hitting everything in reach. The walls, the refrigerator, their sister, the dog. Pretty much everything.

Have you ever seen a salesperson who’s just received the gift of a new sales process? Preferably your memory of this includes some PowerPoint slides, a planning tool, and some role-plays in a hotel ballroom. What’s the first thing a dutiful salesperson does with the process? They start hitting every sales prospect in sight. Big prospects, small prospects, new prospects, old customers. Pretty much everyone.

Okay, perhaps this comparison is a little unfair . . . to the child. In reality, the child was given an inexpensive toy intended to provide a few moments of joyful play. The salesperson, on the other hand, was given a very expensive tool intended to help them earn a better living. But ultimately the result will be the same—both the hammer and the sales process will be brandished for a short while before being unceremoniously stored on a shelf.

If you’ve been in sales for even a few years, you’ll recognize this routine. Truth is, there’s only one reason salespeople abandon a sales process: They don’t think it works. And most of the time, it’s not that the process doesn’t work—it’s that it doesn’t work in every situation. A new account planning process might work well for large accounts, but not for small prospects. A call planning process might be perfect for winning new customers, but not for growing existing accounts. And that’s why most sales processes are abandoned. They are great hammers, but modern salespeople need the entire box of tools.

In fact, new research conducted by Florida State University’s Sales Institute demonstrates that top salespeople actually do use an entire box of tools. More specifically, they exhibit “adaptive” or “agile” selling behaviors that employ the right sales strategies to fit each situation they encounter. They assess when each tool is needed, and they possess the skills to use them all. Consequently, they win more deals.

Interestingly, our research confirms this fact from the customer’s point of view. Eighty-three percent of buyers surveyed said that a salesperson’s ability to adjust their sales strategy was a major factor in the buyer’s purchase decision. Yet the same buyers claim that only 12 percent of sellers are good at adapting their approach. Only a fraction of salespeople are agile enough to utilize the right process in the right situation, and those are the sellers who win.

Ironically, these highly agile salespeople are those very same scoundrels who have abandoned your new sales process! They’ll probably use it on occasion, whenever it’s the right thing to do. But they are just as likely to toss it aside and wing it in front of a prospect. And in many cases, they’re doing the right thing. They’re responding to the situation in front of them—using a hammer on the nails and a screwdriver on the screws.

As an example, we once worked with a company that deployed a formal sales process with great fanfare and enthusiasm. Sometime later, they quantitatively assessed how closely their salespeople were adhering to the process, and they were surprised to discover that their top performers consistently scored the worst! Their best salespeople had already concluded that the new process didn’t work in every situation, and they were using it only when it was appropriate—when it was good for them and their customers.

So, what’s to be done with this insight? Do we conclude that we should no longer deploy sales processes? Of course not. What we need to do is deploy a suite of sales processes and then educate our salespeople when to use each one. We need to institutionalize agility so that all our sellers demonstrate the discretion of the 12 percent who do it intuitively. Then all of the hammers will fall on anxiously waiting nails. Your sales processes will finally be fully embraced—as will your salespeople by their grateful customers.

About the Author
Jason Jordan

Jason Jordan is a partner of Vantage Point Performance, a sales management training and development firm. He is a recognized thought leader in business-to-business selling and conducts ongoing research into management best practices in hiring, developing, measuring, and managing world-class sales organizations. He is co-author of Cracking the Sales Management Code.