The Bureau of Governmental Research's Excellence in Government Awards recognize government employees and private citizens for their ability to creatively solve problems to improve the government for New Orleans citizens. Two employees for the City of New Orleans, and one from the Port of New Orleans, were honored in 2014 with Merit Awards for outstanding performances in the public sector.
Advertisement

The Public Manager asked the award winners, "What made the project successful?" 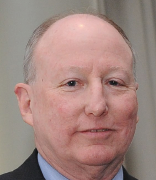 This project was a true collaborative effort, beginning with the Port of New Orleans team meeting through negotiation with LASERS, to find an acceptable plan of action for the merger. A major accomplishment was to have LASERS agree to perform its own actuarial evaluation of the HPRS. This evaluation showed that HPRS was underfunded by $6 million. An agreement for payment terms to LASERS and other points of the transfer solidified its approval to move forward with the Port of New Orleans to convince the state legislature to approve the plan. The committee chair sponsored the legislation, and the legislature approved the merger. 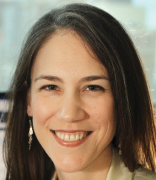 Many factors came together to make accreditation possible. Our health commissioner and deputy director made accreditation a top priority for our department and used the accreditation standards as a blueprint for building a 21st century health department. They created my position because of the importance of having dedicated staff time to make this happen. Thanks to an investment from Baptist Community Ministries, we worked closely with the Louisiana Public Health Institute, which provided a transformation manager to help us make our department accreditation-ready. 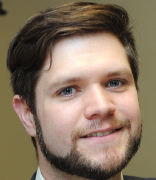 Jared E. Munster
Director of the Department of Safety and Permits, City of New Orleans

Partnering with the Mayor's Office of Economic Development, my department actively engaged with developers early in the process. By working with developers, we were able to assess the needs of the project and match those needs with project-specific staff assignments. For the Outlet Collection at the Riverwalk, the project included an addition to an existing shopping center, upgrades to the electrical and mechanical systems, and the creation of tenant spaces. The department was able to assign specific staff members for all plan review and inspections to provide single points of contact so that no requests would be missed.