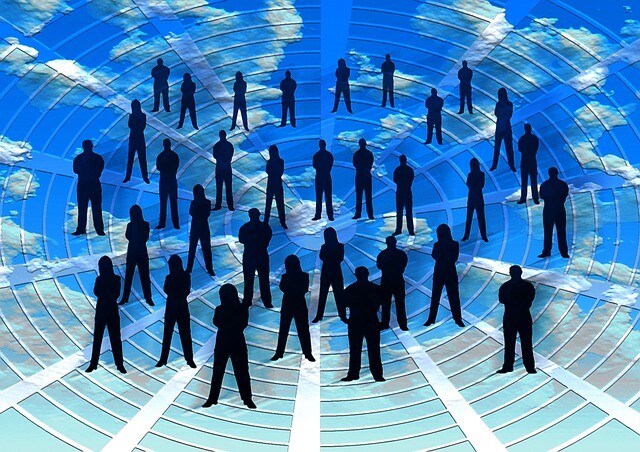 How to Create Meaningful Connection During Online Events

Connection and networking have changed drastically over the past several months. Annual events that have been on our calendars for months or years have suddenly moved to the internet. In these online events, it’s easy to feel unsure of how to connect and network with others—who are likely feeling similar uncertainty. Some are left wondering whether it’s even possible to make new connections right now or if we will be forced to pause growing our network until things change. But there are steps each of us can take to create meaningful connection during online events.

Before the pandemic flipped plans upside down, I was scheduled to speak at a conference in Edinburgh, Scotland. When the conference was moved online, I felt a complex mix of emotions ranging from relief that the event organizers made a responsible choice to disappointment about the missed opportunity to see European colleagues in person. It seemed that in addition to the impact to health, safety, and economy, the pandemic was sure to undercut my ability to cultivate connections through networking events for the foreseeable future.

Last week, as part of the (now online) conference, a colleague in the U.K. interviewed me live online. The platform we used defaulted to show only my interviewer’s and my video—not any of the viewers—which gave the interview a casual feel. Our conversation felt relaxed and intimate, like a fireside chat. It wasn’t until several minutes into the interview that I swiped on my device to see how many people were attending live. I began swiping screen after screen of attendee camera views and was surprised to discover that what had felt like an intimate one-on-one chat was, in fact, quite well attended.

This experience made me question my assumptions that online events negatively affect our ability to make connections. If I had been in a room full of people, it’s hard to imagine that my interview would have had a similar air of warmth or intimacy. My lament about online events shifted, and I was left pondering their potential advantages and how one might use them to create meaningful connections in new ways.

To explore this more, I reached out to Traca Savadogo, an expert in connection and networking. In her TEDx talk, “Why You Should Talk Regularly With Strangers,” she shares how she has met an average of three people a day for the past several years. “When the the pandemic struck,” says Savadogo, “I had to ask myself whether meeting new people would have to stop, or if it were still possible.”

Savadogo managed to make the transition to online networking successfully and points out that in some ways it’s easier in the virtual environment. “In a Zoom meeting, when people join in the chat conversation their names are right there, which makes it easy to reach out to them later on social media to continue the conversation. It’s a lot harder to follow up with someone who raises their hand at an in-person conference session and you don't know who they are.”

This year, the (now online) Women In Tech Regatta invited Savadogo with her online networking expertise to facilitate the Seattle Regatta’s opening session. “I wanted to explore the question: How can we create a connection environment in an online community?” Savadogo recalled. “Ultimately, I was thinking about how to change our behavior in online events. I wanted to show that it’s not only possible, but perhaps even easier to make connections in an online environment.”

As I spoke with Savadogo, I reflected on my own online interview experience where it had indeed felt easier to make intimate, meaningful connections. Her stories echoed my own and from our discussion came the following guiding principles for creating connection in online events:

Start the conversation beforehand. Savadogo reminds us that conversation happens all the time in our social media world and there’s no reason not to start connecting before an event. “Research who is going to be there. Read over the sessions and start formulating your questions in advance. Then start a conversation on social media. Who are you excited to meet? What are you hoping to learn? What are your questions going into it? Find out if you know others who will also be attending and then find out whether they know each other. If not, make introductions.”

Online event organizers can spark pre-meeting conversation by prompting registrants with weekly questions leading up to the event. A little effort in advance to stoke conversation can pay dividends in event engagement by priming attendees to feel comfortable engaging online about central topics and themes.

Normalize connecting. Savadogo started the Women In Tech Regatta conference by reminding attendees that meeting people is something they’ve done many times. She did this in playful ways like asking people to remember how they met their best friend. “It is helpful to remind people that online might be a new environment, but they’ve met people before. They know how to do it! And it will work here, too.”

Online event organizers can reassure attendees that attending an online event isn’t as different as it might seem. Remind them that simple questions (such as “what’s your favorite book right now?”) go just as far in making friends in a chat thread as they do face-to-face.

Include. In the online environment, Savadogo says, we each need to commit to including ourselves—and others. Sitting alone at a computer is isolating. When someone else can’t walk over to say hello, the onus is on each of us to engage. But that doesn’t mean it’s impossible to reach out to strangers. “Don’t be afraid to direct chat message someone during a session to tell them you like their video background or ask what they’re enjoying most about the conference. Reach out! People respond very well to direct communication,” says Savadogo.

Online event organizers can encourage attendees to take some responsibility for including each other. It’s OK to acknowledge that online events can feel awkward for everyone at first. But if every person reaches out to one or two people during the course of the event, there’s a far better chance that everyone will make meaningful new connections.

Continue the conversation afterward. “The event might be over, but your networking isn’t,” reminds Savadogo. “How are you managing your network?” She suggests sending thank you messages to a few people on social media from the event. She also recommends scheduling debrief conversations with friends after the event to talk through the experience, share what you learned, and make a plan to follow up on remaining questions or loose ends. Finally, keep the conversation going on social media by posting about what you learned, what you want to learn more about, and asking others to share the same.

Online event organizers can keep conversations going by sending conversation prompts to attendees in the weeks and months after the event. This can be done automatically and is a great way to seed ongoing connection and networking.

What are your favorite ways to connect during online events? Have you attended an online event that did it well? What have you seen that did not work? Share your thoughts in the Comments below.

About the Author
Rebeqa Rivers

Rebeqa has been in Learning & Development for more than 15 years. A prolific presenter in the area of equity in learning design, she speaks around the globe on designing for the inclusion and empowerment of all learners.