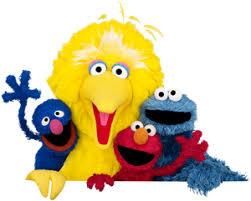 We Grew Up on Sesame Street; Of Course We Expect Learning to Be Fun

Some professionals seem intent on dying on the hill of boring learning.

You know: "Back when I was in school, we learned everything by mind-numbing lectures and rote memorization! We couldn't practically apply a single thing we learned, and we liked it!" Or: "When I started in the workforce, I read mounds and mounds of paperwork to get up to speed. There was none of this hand-holding onboarding stuff. And I walked uphill both ways to get to work!" Or: "Kids these days, wanting learning to be fun! Video games have ruined good old-fashioned grit and determination."

These attitudes are brain-boggling, especially since most of these professionals were exposed to and benefited from fun learning at an early age: most of them grew up on Sesame Street.

Sesame Street aired in 1969 and has run for 49 years straight. In 2008, research suggested that 77 million Americans watched the show as children. What's more, as of 2009, Sesame Street had at some point and in some form been broadcast in 140 different countries (http://mentalfloss.com/article/53482/names-34-international-sesame-street-co-productions). Throughout the world, many of today's adults learned words, numbers, interpersonal skills, emotional coping skills, rudimentary Spanish skills, and more from television's most beloved monsters and misfits.

The show's popularity isn't happenstance. Joan Ganz Cooney and Jim Henson's brainchild was specifically designed to capture the attention of a notoriously difficult audience: toddlers. A toddler's ability to focus is far chancier than an adult's or even an older child's. Older humans are at least cognizant enough to try to pay attention; toddlers are unaware and don't care. Knowing this, Cooney, Henson, and other stakeholders designed the show to have short, entertaining segments. Plenty of delightful wackiness was included: a spooky vampire leading the counting exercises, a catchy song featuring the letter "C," and Ernie's wacky hijinks leading to personality conflicts with Bert. Later, the showrunners even added Elmo, a character who embodied toddler-like qualities. The show was so entertaining and so relatable that within 10 years, writes author Michael Davis, nine million kids under the age of six watched regularly.

Some may argue that this is all well and good for toddlers, but that older kids and adults don't require entertainment while learning. Some might even argue that Sesame Street spoiled younger generations by predisposing them to being diverted and not dictated. Whether there's truth to either of those viewpoints is, frankly, irrelevant. The fact of the matter is that after being treated to an entertaining learning experience from some of history's renowned imaginations, kids are being stuck in dull classrooms and then, as adults in the workplace, forced to sit through tedious training. It's no wonder that doesn't go over well! It's not what they're used to.

Professionals in the teaching and learning and development worlds have two options. We can double down and insist that post-Sesame Street, everyone just needs to adjust to tedious learning experiences. Or we can adapt the experiences we create to be more in line with what generations have come to expect. Many learning experts favor the latter. "Fun, pleasure, excitement--call it what you will.…if you don't spend the time to make the learning experience a compelling and enjoyable one, how can you expect your learners to spend any time on it?" writes Growth Engineering.

Could learning experts reprogram learners to swallow boring teaching and training? Most likely; we're experts at changing behavior. But in a situation when it's easier and probably better to fix our approach than to fix learners, why wouldn't we do so? It's not as challenging as it sounds; "fun" doesn't have to be dramatic. It's the little things--jokes. Language that's not stiff and dry. Elements of gamification. Emotional connections. Bits of the unexpected scattered throughout.

In any case, it's time to recognize that most kids in the classroom and adults in the workplace have a legacy of fun learning from Sesame Street. For them, being entertained by learning isn't a nice-to-have, it's a minimum expectation.