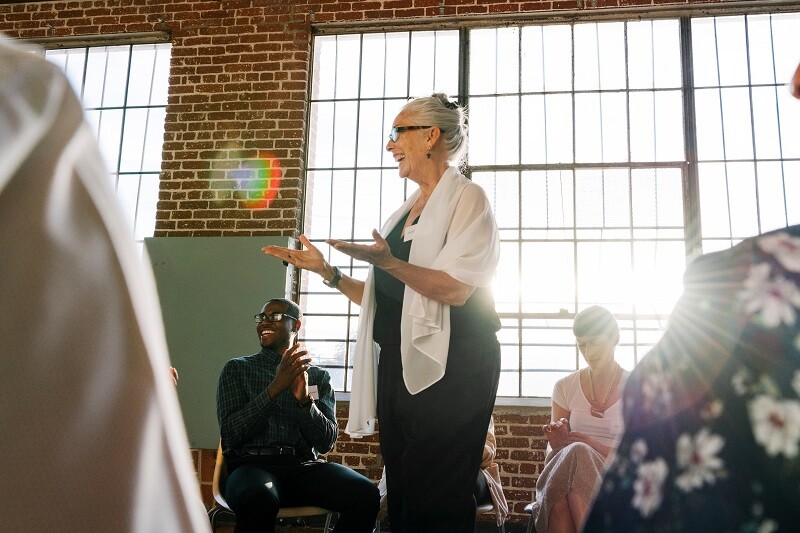 In an increasingly volatile, uncertain, complex, and ambiguous (VUCA) world, the dominant narrative of good leaders as heroic and charismatic personalities is becoming less useful. No longer can we assume that a great individual leader can see through the fog of complexity to guide an organization toward the future. Our understanding of how leadership should function must change—in Fielding Graduate University’s organization development and leadership master’s program, we explore the concept of emergent property (the collaborative functioning of a system) as an alternative approach. This view of leadership indicates that as people make meaning and coordinate their lives together, patterns of interaction emerge from the complex relationships developed. Some of these interactions produce patterns that people refer to as “leadership.”

What, then, are the implications for leadership development? One response of leadership development programs to an increasingly VUCA world has been to include concepts and skills of navigating complexity and being more comfortable with ambiguity and uncertainty. However, even if those programs produce insights with some individuals, those leaders may have difficulties translating those insights into better leadership if the patterns of interactions in their work relationships have not changed. Regardless of how much an individual has transformed their thinking and skills, only so much can be done if those around them have not changed.

Suppose we view the emergence of leadership as a social phenomenon. In that case, the development of that emergence should happen with the social network within the situated context in which the leadership needs to happen. Leadership development amounts to changing the patterns of interaction such that leadership can emerge. Leadership can be compared to improvisation, whether jazz, comedy, or theatrical. This metaphor emphasizes the relatedness, the move-by-move nature of leadership emergence, and how individuals in the group play off each other’s moves. Jazz musician Ornette Coleman said, “Jazz is the only music in which the same note can be played night after night but differently each time.”

In the same vein, leadership is a collective group performance in which a similar set of actions can be played day after day. Still, the outcome remains unknowable rather than predictable. There may be more to learn from improvisation when intending to develop leadership in the everyday. Comedian Tina Fey describes the rules for improvisational comedy as agreement on a given set of circumstances, adding to the discussion, making statements rather than only asking questions, and recognizing there are no mistakes. In some local contexts, this set of requirements may be an example of an interaction pattern labeled as leadership.

Just as jazz musicians practice on their own to learn new skills and practice together to understand each other’s skills and how to interact together best, leadership development can and should be a group activity. The group should include people who collaborate on the issues, problems, and aspirations that they have day to day.
Individual leadership development should not be set aside; rather, the social processes of leadership construction should be accounted for in developing leadership. By also developing leadership, not as a quality or effect of an individual but as an emergent phenomenon of a group of people, leadership can emerge to respond better to the current situation, no matter how volatile, uncertain, complex, or ambiguous.

About the Author
Keith Ray