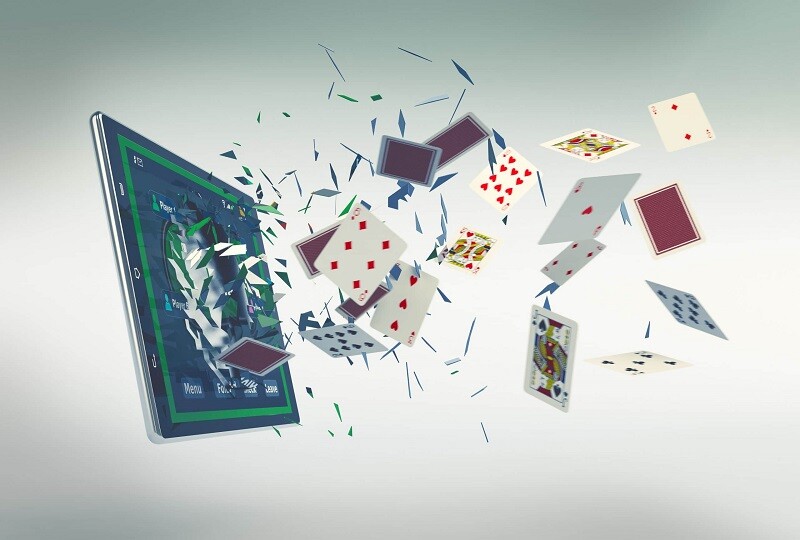 Playing cards have been around for many years. Experts estimate that cards have existed since at least the ninth century AD. Centuries later, technology has evolved in leaps and bounds. Now a person has many technology-based choices in terms of entertainment with advancements in augmented reality games like Pokémon Go and immersive, realistic video games like Call of Duty.

It would seem as if card games are a bit passé; however, nothing could be further from the truth. In fact, Amazon reported that US customers bought more card games than any other category of items during the 2020 Amazon Prime day.

With all this technology and sophistication, why the overwhelming popularity of card games even today? For one, cards present content in an easy-to-use and familiar format. Almost everyone knows the basic rules, terms, and gameplay involved with a deck of cards. Most people understand that cards are dealt, shuffled, and turned over to reveal key information.

This level of familiarity makes them ideal for use as instructional materials. Precious time is not wasted explaining the conventions of a card game. This means the learner can focus on the learning aspect of the game instead of spending time figuring out the rules of the game. Complicated learning games sometimes involve the use of in-game currencies, inventories, and NPCs (nonplayer characters). Getting learners to understand how to play those games can involve a great deal of setup, explanation, and guidance, especially if your primary audience does not consist of hardcore gamers.

On the other hand, it’s rare to encounter someone who hasn’t played some type of card game. Therefore, card games can easily be used to allow people to participate in rather sophisticated learning but with a simple design. Until recently, though, one of the drawbacks of card games was that they required a physical card deck and for the learners to be in close proximity with one another. This is no longer the case.

There is an emerging set of tools that has digitized the concept of physical card games. You can now play games across geographies as a group or solo with tools such as Enterprise Game Stack, which is designed to create single and multiplayer learning card games, Dulst, a platform for creating your own custom cards and card games, and Card Game Simulator, a tool for creating and sharing your own custom card game. While not all of these platforms are learning focused, they all show the power and possibilities of learning card games.

With these and similar tools, it’s possible to create a digitized card-based roleplay game by writing a number of scenarios, placing them on cards, and then shuffling them into a deck. During the game, players take turns revealing a card with a scenario then role-playing a response to a scenario. They can even play cards to challenge other players’ answers and steal cards if they can respond to the scenario more effectively. 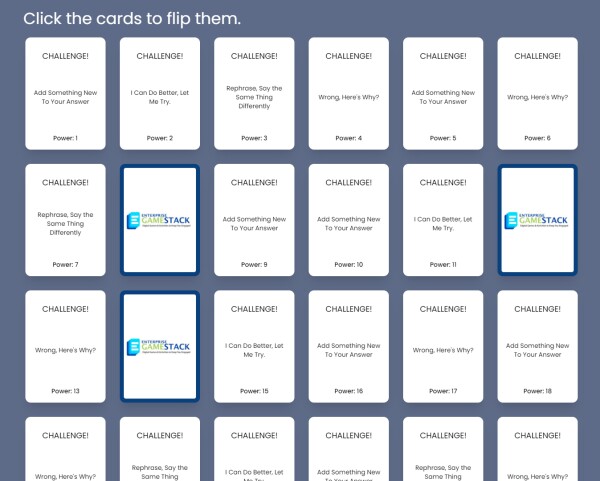 This type of gameplay where one player responds to a prompt and the other players critically evaluate the response, and finally offer other responses fosters critical listening and critical thinking, and it engages learners through the simple mechanism of a card game.

Cards can also be used for sorting activities. In a sort activity, a person looks through many cards with attributes or competencies indicated on each one. Then the player places certain cards into certain piles, such as in an activity where line managers in an organization may be asked to sort certain training priorities such as “understanding of product information,” and “knowledge of competitors products” and others. When the cards are sorted, the facilitator would look at the cards and determine which item was sorted into which category such as “urgent need” or “priority need” or “not a need at the moment.” The sorting of the cards provides input into the prioritization of training initiatives.

Next time you think about engaging learners over a distance, you just may want to consider a digital card game. The available tools make it creation and deployment of the games simple and the learning makes them invaluable for helping learners grasp concepts and prioritize ideas.