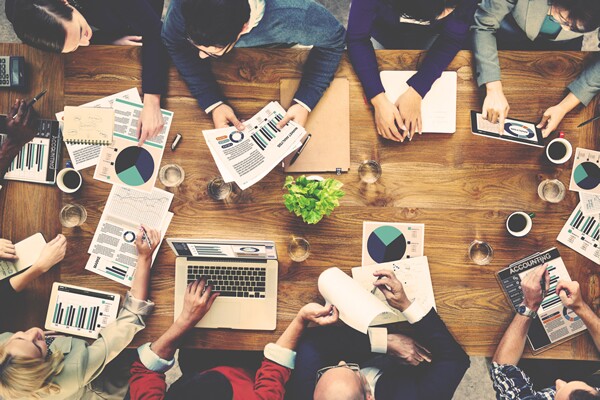 It was time for the annual employee engagement survey and Roger was eager to see his team’s results. He had a good rapport with his direct reports and had worked hard to foster a good vibe. He was sure his team’s positive scores would show his higher-ups he was a good leader.

So, imagine Roger’s surprise when the scores were in the toilette. Not only was he disappointed that his team members felt so disconnected, but he was confused how his perception was so far off. How could he and his reports see things so differently? What was wrong?

Unfortunately, Roger’s story is typical. Our research found an alarming gap between what managers say they want their company culture to be and what employees say is really valued by their bosses.

According to the study, leaders describe their culture as one of innovation, initiative, candor and teamwork. But what employees feel is really valued is obedience, predictability, deference to authority and competition with peers. When it comes to culture, management is out of touch with the day-to-day experiences of their employees.

After surveying 1,200 employees, managers and executives, we found that employees have a much more negative view of their corporate culture than their bosses. And the higher up an employee is on the organization chart, the more positive his or her perception is of the company culture.

So what can leaders do repair culture rifts? The best place to start is with dialogue. In fact, the only way to close this perception gap is with open, honest conversation between employees and their leaders.

Employees believe their leaders push one set of behaviors on them but reward another. This is the ideal starting point for dialogue. If leaders are perceived to send mixed messages about what they truly believe will drive performance, they should invite employees to call them out on the hypocrisy. While many leaders believe employees will not be candid, we’ve found the opposite to be true. When an executive really listens and demonstrates genuine concern, employees will be surprisingly honest.

Below are four strategies leaders can use to start a candid discussion about their culture chasm:

To learn more, be sure to attend Joseph's session at ATD 2017.