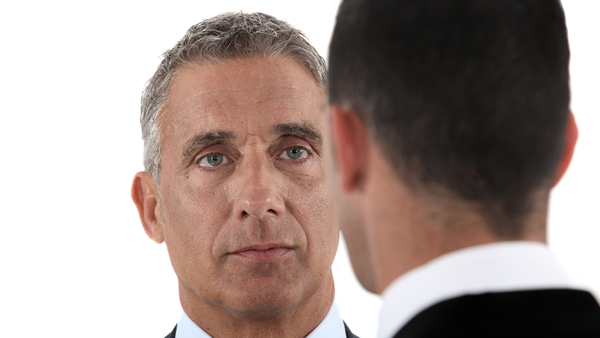 Are You Getting Too Close?

One of the easiest mistakes to make in a business encounter with someone is to misjudge how much space the other person needs.

One night not long ago I sat in a restaurant watching two men at the bar. Since I was close enough to overhear their conversation, I knew that one man was in sales and the other was a potential buyer. By the time they’d finished their drinks, I also knew the deal was dead. And it wasn’t because of anything that was said. In the midst of a normal getting-to-know-you conversation, I watched the salesman move so close to his prospect that the potential buyer began, very slowly, to inch away. This went on for some time, but finally the buyer could stand it no longer. He excused himself to make a phone call—and left the restaurant shortly afterward.

To describe phenomena like territoriality among office workers, the anthropologist Edward Hall coined the word “proxemics.” And it was he who first noted the five zones in which people feel most comfortable dealing with one another. It’s as if we’re standing inside an invisible bubble that expands or contracts depending on our relationships.

The amount of space required to feel comfortable varies from individual to individual. People who don’t like being touched will tend to keep their distance from others. People who touch others while talking will want to get close enough to do so.
Space needs also can vary with the amount of trust in a relationship. A general rule is: The greater the distance, the lower the level of trust.

Gender plays an important role too. Men who don’t know each other well tend to keep a greater distance between them than women who have just met. This difference in interpersonal distance as determined by gender is even true in Web 2.0’s virtual worlds (like Second Life).

And, of course, the comfortable distance between participants varies (a lot!) with culture. In the U.S., most business relationships begin in the social zone. As relationships develop and trust is formed, both parties may subconsciously decrease the distance to more personal zones. But if one of the parties moves too close too soon, communication can break down.

People who feel powerful and confident usually control relatively large areas of physical space, extending their arms and legs and generally taking up more room. In doing so, they may unknowingly infringe on another person’s territory.

Or they may purposely stand too close to someone to make the other person feel self-conscious or insecure. Police interrogators often use the tactic of crowding a suspect, assuming that invasion of the suspect’s personal space (with no chance for defense) will give the officer a psychological advantage.

I’ve also seen managers standing uncomfortably close to employees in order to emphasize their status in the organization. Not a good idea.

Scientists agree that people’s territorial responses are primitive and powerful. And a mistake here can trigger a truly deep-seated response. When someone comes too close to you in an undesirable way, your heart rate and galvanic skin responses increase. Probably, you will then try to restore the “proper” distance by looking away, stepping behind a barrier (such as a desk, chair, or table), crossing your arms to create a barrier, pulling back to create space, or tucking in your chin as an instinctive move of protection. You may even find yourself rubbing your neck so that an elbow protrudes sharply toward the invader.

Getting too close is an especially improper business move in circumstances where workers, colleagues, or clients are in danger of feeling emotionally or physically threatened by invasion on their personal space. Anyone who oversteps space boundaries is perceived as rude, aggressive, or socially clueless.

So keep your distance. Respecting another person’s space can help you build rapport with your colleagues and close sales with your customers.

This article was originally posted on http://www.ckg.com/. For more on body language in the workplace, check out Carol’s previous blog article in this series.

About the Author
Carol Goman

Carol Kinsey Goman, Ph.D. is an executive coach, consultant, and international keynote speaker at corporate, government, and association events. She’s the author of 12 books including “THE SILENT LANGUAGE OF LEADERS: How Body Language Can Help – or Hurt – How You Lead” and (her latest) “THE TRUTH ABOUT LIES IN THE WORKPLACE: How to Spot Liars and What to Do About Them.” Carol can reached by email: [email protected], phone: or through her website: www.CKG.com.