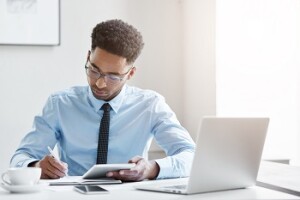 Many apps and online courses claim that “brain training” can make you more mentally agile, but there’s usually little scientific evidence to back up those claims. In fact, research finds that “most brain training programs are little more than memory games,” according to a recent Fast Company article by Michael Grothaus.

Dr. Henry Mahncke, CEO of Posit Science, tells Fast Company that a big part of the problem with these programs is that although the FDA does approve certain ones and the FTC goes after false advertising claims, there’s no industry body that certifies brain training programs. He adds that it’s challenging for the average consumer to “wade through the hundreds of scientific papers and figure out which brain training programs are evidence-based and which aren’t.”

Fortunately, a group of Australian scientists undertook a systematic review of what studies have been published of commercially available brain training programs to determine whether any are actually scientifically proven to work. The study examined 18 different computerized brain training programs marketed to healthy older adults. The consensus, reports Grothaus, is that “most brain training only make you better at the exercises themselves, and don’t carry those gains over to your real-world concentration, productivity, or mental acuity.”

It’s not all bad news, though. The Australian study also found that some brain training programs do have positive effects when they are focused on improving processing speed. In other words, they work at improving the speed and accuracy with which the brain processes information. Typically, this type of training focuses on the visual system and works at developing our neuroplasticity.

Dr. Mahncke explains in the article that brain is more plastic when chemicals are activated, so the design of these brain training exercises incorporates exercises and rewards to activate those chemicals. In turn, those brain chemicals impact learning rates. “If you think about it, what you do, pretty much every waking moment, should be positively affected by a faster and more accurate brain,” he says.

What may be even more important is that the proliferation of brain training programs shows that people are paying more attention to brain health. This is a major paradigm shift, and Dr. Mahncke warns that we shouldn’t be surprised when headlines one month “scream about some major breakthroughs in cognitive performance from plasticity-based brain training” are eagerly followed by a month where other scientists tout just the opposite. Indeed, we shouldn’t be discouraged by these conflicting headlines.

“In fact, what you are experiencing is scientists rather messily trying to separate the wheat from the chaff,” says Dr. Mahncke. In the long run, that’s good news for everyone.

For more on the research about brain-training programs, read the Fast Company article, “This Is the Only Type of Brain Training That Works, According to Science.”