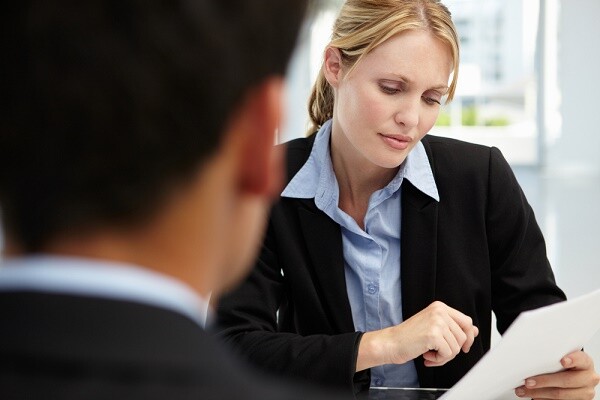 Growing numbers of U.S. cities, states and employers, aiming to remove pay inequities between women and their higher-paid male counterparts, have adopted policies to keep job applicants from being asked to divulge their salary histories.

Whether salary-question bans produce the intended results, however, or wind up backfiring or doing little for those they're designed to help remains to be seen.

Women statistically earn about 80 cents for every dollar men earn, noted Angela Preston, senior vice president and corporate counsel for ethics and compliance at Sterling Talent Solutions, a global background screening firm based in New York City. "The purpose of these laws is to eradicate that gap," she said.

Six U.S. states, six cities and Puerto Rico have passed some form of salary-history prohibition—although Philadelphia's ordinance is on hold pending a legal challenge—and others are exploring similar bans. In addition, Amazon and Bank of America recently adopted their own ban policies, joining several major corporations that reportedly dropped salary questions nationally in response to new laws in their home jurisdictions.

Trying to Level the Field

The idea is that removing salary history from hiring and compensation decisions will level the playing field between applicants and put a stop to practices that force women to carry their lower pay status from old to new jobs.

"The intent is to put the onus on the employer to define the pay scale" based on competitive market data and job requirements rather than relying on what someone made in the past—employers would, instead, make offers according to candidate qualifications, Preston said.

"I have a hard time with an organization asking how much a person makes and then trying to lowball them," said Marta Vittini, SHRM-CP, the HR director for Twin-Star International in Delray Beach, Florida, and an HR consultant. "If you make an offer and they accept, then it doesn't matter what they were paid before."

Pay inequality happens in part because of traditional salary negotiation practices, according to Tim Sackett, SHRM-SCP, the president of HRU Technical Resources, an IT and engineering staffing firm headquartered in Lansing, Michigan. "We know that more men than women will negotiate for higher salaries," Sackett said. "Since we can control whether or not [discussion of salary history] actually happens, it would seem if we stop this one process, we are putting all candidates and employees on an equal playing field to begin with."

At least one economist suggests, however, that women could lose out anyway, or fare even worse, because if employers don't know their compensation history, then they will assume that women made lower salaries.

"I will be shocked if it helps close any earning gaps and not surprised if it widens them," said Jennifer Doleac, University of Virginia assistant professor of public policy and economics, on Twitter in January, adding that she'd love to be wrong.

"Hiding salary histories has been proposed as an easy way to close the male–female earnings gap. Proponents seem to think that when employers can't ask what someone made at their last job, they'll simply offer every new hire the same amount of money," Doleac tweeted.

"Why would they do that, instead of trying to guess how much (money) it would take for you to accept the job? Because women tend to make less, they'll offer women lower salaries," she continued. "This puts women and other underpaid groups in the awful position of needing to renegotiate the same raise over and over again, every time they change jobs."

Doleac, who believes greater pay transparency throughout organizations is more likely to help reduce wage disparity, found unintended consequences in policies designed to help people with criminal records find jobs. Her research and others' indicates that "ban the box" regulations that limit employer questions about criminal records have had a discriminatory effect on black men seeking employment.

Meanwhile, a Korn Ferry survey released in November found that 65 percent of executives believe that the new salary-history laws won't improve gender equity in their organizations or that the laws will help only a little.

Not Disclosing Salary May Hurt Women

Executives at PayScale were surprised by the responses from more than 15,400 job seekers surveyed by the compensation and data software firm last year.

While people generally assume that revealing salary history can negatively affect the compensation offered, the survey found that a woman who declined to disclose her salary history when asked was offered 1.8 percent less than a woman who did disclose.

A man who declined to disclose his salary history, however, received an offer 1.2 percent higher than a man who did disclose, explained PayScale vice president of content strategy Lydia Frank, writing in Harvard Business Review.

"It's clear that asking salary history is having a negative impact on female job candidates, just in a different way than was previously believed," she wrote, adding that employers asking about pay history expect a level of transparency from candidates that they're unwilling to provide themselves.

Some experts suggest employers work around the issue by asking candidates about their salary expectations, but that won't fly everywhere. "It's hard to standardize your policies when every state has a slightly different nuance, and the penalties are quite serious," Preston said.

Affected employers will need to retrain their staffs, review applications for language that might violate the law, examine their reference-checking process, and ensure they can document that salary history has been removed from the hiring process, Preston said.

"It is a change in the way some employers conduct business, especially at the executive level of hiring, where it's fairly common to talk about pay expectations and salary history," she said. "It's a big shift for employers all around."

Copyright 2018, SHRM. This article is reprinted from www.shrm.org with permission from SHRM. All rights reserved.

About the Author
Dinah Wisenberg Brin

Dinah Wisenberg Brin is an award-winning veteran journalist and lifelong writer. Her news, business and feature stories have appeared in The Wall Street Journal, Congressional Quarterly, The Associated Press, CNBC.com and Entrepreneur.com, among other publications. She covers workplace issues, enterpreneurship, small business and health care from Philadelphia.