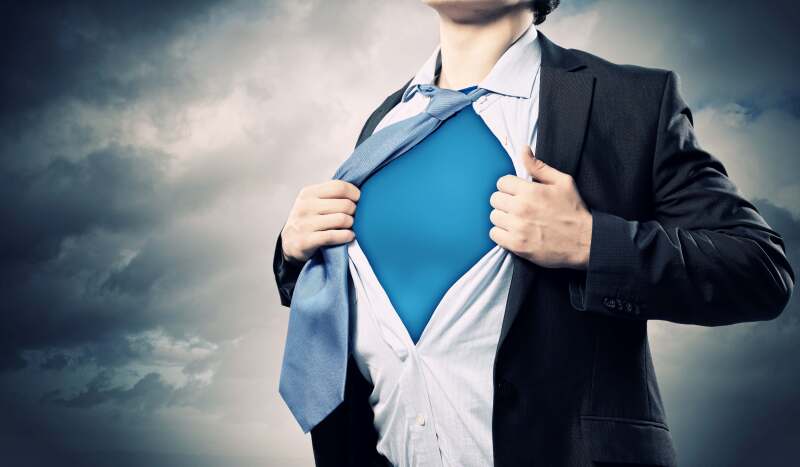 Help Your Leaders Be Heroes, Not Villains

Judging by the plethora of Marvel and DC Comics movies that come out on a regular basis, we have become quite familiar with both heroes and villains. Both tend to play similar roles.

The heroes are the good guys who are willing to sacrifice themselves for the greater good of others.

In light of this, consider the leaders in your organization. Are they more like heroes, or more like villains?

Consider these statistics, and judge for yourself:

These statistics suggest that leaders are generally more villain-like than hero-like. But if you were to ask leaders, they generally see themselves as the hero.

Why is there a disconnect?

As I work with leaders across organizations, I increasingly realize that the reason leaders are more villain-like than leader-like is the same reason why villains are villains: They have fears and insecurities that drive them to engage in fully justified (to them), yet negative, behaviors. These leaders are extremely well-intended, but despite their best aims, they are generally unable to see how their fears and insecurities get in their way.

Let me share an example I commonly give to leaders to demonstrate this.

Consider an employee within a hedge fund who forgets to put in a trade for a client and the money just sits there in cash. By the time the mistake is discovered, the damage is several hundred thousand dollars.

What should the employee’s manager do in this situation?

Most of the time, leaders respond by saying that the employee needs to be let go. They feel they need to send a message that this type of behavior cannot be tolerated and that there needs to be a sense of justice.

This situation actually occurred to Ray Dalio when he was the CEO of Bridgewater Associates, the largest and most successful hedge fund of all time.

Here is how Dalio dealt with the situation, in his own words: “It was a terrible and costly error, and I could’ve done something dramatic like fire Ross to set a tone that mistakes would not be tolerated. But since mistakes happen all the time, that would have only encouraged other people to hide theirs, which would have led to even bigger and more costly errors.”

Which potential response is more hero-like (sacrifice for the greater good), and which is more villain-like (feeding fear and insecurities)?

You see, the leaders who are prone to fire the employee are generally driven by a fear of problems, and thus they engage in an action that they think will reduce problems. But that is not necessarily the case. Problems are inevitable, so those managers who punish rather than guide are not likely to succeed in reducing problems; but they are likely to succeed in reducing the problems that come to light. There is a difference.

Helping Leaders Be the Heroes

So, how do we help leaders become less villain-like and more hero-like?

One of the keys is to help awaken them to their fears and insecurities. Until they do, they will continue to engage in self-justified and well-intended behaviors that lead to those abysmal leadership statistics.

There are four primary (and common) fears that unintentionally bring out the worst in leaders:

Nearly all dysfunctional leadership can be tied back to these fears.

After leaders awaken to their fears, they can then be empowered to operate more hero-like, which involves the antitheses to these fears:

If you would like to assess how hero- or villain-like you are, or share with leaders in your organization, I invite you to take my free personal mindset assessment. And be sure to join me at ATD 2019 International Conference & Exposition for the session, Become a More Emotionally Intelligent Leader: Awaken to Your Mindset.