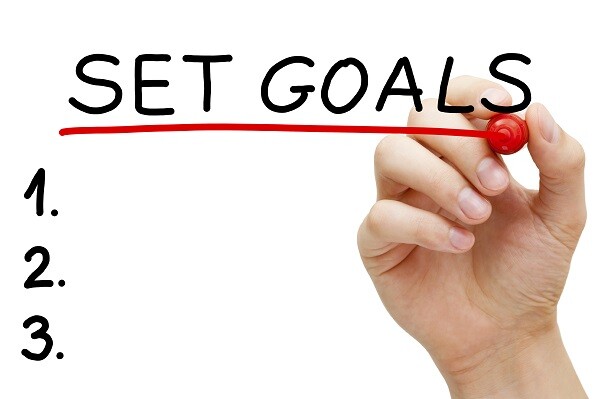 Learning is the purpose, process, and product of mentoring. It is why mentees engage in mentoring, and how mentoring is accomplished. More important, it is the payoff for your mentoring effort. Well-crafted goals will focus the learning that takes place during mentoring. Goals also become the benchmarks for gauging progress in a mentoring relationship.

Setting goals is easier said than done, though. It takes time and good conversation to move mentees from the the broad goals they bring into the relationship to SMARTer (specific, measurable, action-oriented, realistic, and timely) goals.

Listen in as Amy facilitates a conversation to help her mentee, Mac, identify his learning goals. What is Amy doing well? What could she be doing better to guide the goal-setting process?

So Mac, how about if we spend some time focusing on what you want to work on during our mentoring time together?  What is it you think you want to accomplish?”

Mac jumps right in and answers,“Well, I want to feel like I am on top of things.”

Amy is eager to hear what is behind his pat response. She asks,“What might help you feel like you are?”

“I just wish I didn’t feel so overwhelmed right now," Mac replies with a sigh, and Amy’s antennae instantly goes up.

Amy queries further: “Mac, many new managers express similar feelings. Initially, everyone feels overwhelmed by the job.  I know I did.  But by now, most of those feelings should have gone away.  It has been my experience that when someone always feels there’s too much on their plate, it might mean there are other issues at play, like relinquishing control, trusting others, and delegation. Sometimes it’s issues around priorities and working on what really counts, and sometimes it can be a confidence issue and you feel you have to prove yourself. What do you think, Mac?  Do any of these issues resonate with you?”

Mac nods his head in response and Amy sees that she needs to do some probing to get Mac engaged in deeper thinking. Amy asks: “So what do you say? Let’s try to get to the root of this. We want to make sure we work on the right thing. Do you think you lack confidence, or is there some skill set you are missing to do your job?”

Mac is obviously struggling as he responds, No, it’s not that.  I just don’t feel like I am getting anything done. I’m not making headway, and I don’t think I am doing anything particularly well. I go home at night feeling drained, like I have scaled a mountain, but here I am, still standing at the foot of the mountain looking up.  It’s not a particularly good feeling.”

Sensing his frustration, Amy tries a different approach.“I’m sure it isn’t. Do you think it’s a time management thing, or perhaps organizational issues are at play?”

Mac replies, “No, it’s not that. I am pretty organized, but it doesn’t seem to make a difference. I’m discouraged and I don’t really know where to begin.”  As Mac shakes his head, Amy realizes that he is is getting more and more agitated.

Amy responds,“Maybe you are working on items that aren’t producing results.  It sounds like you may be struggling with prioritizing and delegating. Does that make sense?”

Mac’s energy resurfaces with the realization that there is more to his issue of getting on top of things than he thought. You know, I probably don’t delegate as much as I should. I know I want to, and I have staff that wants to help, but I don’t have the time to stop to figure out what to give and to whom. And I think I do struggle with priorities. When I have so much to do I find myself trying to get something done that I can cross off my list,” he states.

Amy is pleased that he has engaged in the conversation.“I think we now have found a good place to start.”

Amy is on the right track. She thoughtfully considers Mac’s initial response to better understand his point of view and concerns. Her antennae go up when she senses he is struggling, so she tries to engage Mac in conversation by asking thought provoking questions. She shares her own experience as a way of building trust and getting Mac to open up. Finally, she suggests alternative ways of looking at his issues and getting to the root of his issue.

This is a good start. However, we think there is more that Amy could and should have done to facilitate the goal-setting conversation with Mac. Do you?  We invite you to take a few moments to ponder the answers to these questions and think about them in relations to your own mentoring relationships.

THOUGHT QUESTION: What are you doing that might be working against your mentor/mentee relationship?

About the Author
Lois Zachary

Lois J. Zachary is an internationally recognized expert on mentoring. She has been cited as “one of the top one hundred minds in leadership” today. Her book, The Mentor’s Guide, first published in 2000 and revised in 2012, is the primary resource for organizations interested in promoting mentoring for leadership and learning and for mentors seeking to deepen their mentoring practice. With her bestselling books Creating a Mentoring Culture (2005), The Mentee’s Guide: Making Mentoring Work for You (Jossey-Bass, 2009, with coauthor Lory Fischler), and the The Mentor’s Guide, five Mentoring Excellence Pocket Toolkits, and over one hundred published articles, Dr. Zachary has created a comprehensive set of resources for facilitating the practice of individual and organizational mentoring excellence.. Earlier this year her collection of poetry and reflection My Mother Has the Finest Eyes was released. Dr. Zachary is president of Leadership Development Services, LLC, a Phoenix-based consulting firm that specializes in leadership and mentoring, and director of its Center for Mentoring Excellence. Her innovative mentoring approaches and expertise in coaching leaders and their organizations in designing, implementing, and evaluating learner-centered mentoring programs have been used globally by a wide array of clients, including Fortune 100 companies, government organizations, and educational and other institutions, both profit and nonprofit.

About the Author
Lory Fischler

Lory Fischler is a senior associate with Leadership Development Services, LLC, and associate director of its Center for Mentoring Excellence. She is a dynamic, insightful, and seasoned professional with over twenty-five years’ experience in consulting, training, and coaching clients from a diverse array of organizations, including Fortune 500, health care, manufacturing, government, and nonprofit. Fischler is the coauthor, with Lois J. Zachary, of The Mentee’s Guide and the Mentoring Excellence Pocket Toolkits, and has published a number of articles. She is the creator of Leadership Development Services’ Workstyle Inventory, a tool widely used by clients to promote self-understanding and team interaction, and the designer and facilitator of Negotiating: Win-Win Results, a three-day experiential workshop that has been delivered worldwide.