How to Turn Outsiders into Insiders 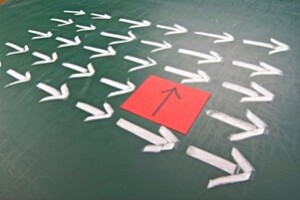 You need to make a significant organizational change. To be successful, the organizational culture will have to change. But where do you begin? The answer is simple: Make them care and remove any obstacles that will keep them from moving forward. Here's how.

Understand What You’re Up Against

With any change, you will deal with four groups of people.

In any cultural clash, whether in society or in a company, the winner will be determined based on whether the champions or the antagonists become the influencers of the large group in the middle; often titled the undecided. It’s this group that will create the tipping point by either leaning in or leaning-out.
Engage Your Champions Quickly

You need to transfer as much of the ownership of the change efforts to them as possible. You need to put these people to work building relationships with the undecided. Think grassroots efforts. These are the people that are going to help you implement those” three keys for getting the team to embrace change.”

I’ve already touched on this point, but it bears repeating: Do not allow antagonists gain influence. If your antagonists gain traction with the undecided, you’re in trouble. End of story. Avoidance is not an effective strategy when antagonists are involved. You must have the courageous and difficult conversations and take the difficult actions necessary to remove this source of resistance.

Put the change in terms that people can understand. What matters to them? Why should they care? What’s at stake? If you don’t know what matters to your people, then get out there and find out.

Apple made their headphones white for a reason. They became a very visible symbol of adoption of this new technology. As more adopted, more became intrigued by those little white buds. Another example is how millions of people promote the civic duty of voting by wearing “I Voted Today” stickers. Think about it: We’re talking about adults getting excited about receiving and displaying a sticker on their clothes. Many of these adults also tweet and post about it on Facebook.

Similarly, FitBit and MapMyWalk has changed how people think about exercise. People want to share their work-out routines. They proudly tweet about how many miles they walked or ran. It’s the cool think to do. So what can become a symbol of change adoption within your company? What stories can be shared? What milestones can be celebrated? What can begin to make the change sticky?

In the end, getting people excited about and engaged in change is really quite simple: Make them care and remove any obstacles that will keep them from moving forward. As we all know, though, getting people to change is complex, because the only way to make them care is to communicate, communicate, and communicate. And the only way to remove impediments is to deal with the difficult issues—including people. Bottom line: The messages have to be relevant, they need to create urgency, and they need to add visibility to the change. What’s more, you must remove impediments hastily.

About the Author
Tiffany Crosby

Tiffany Crosby is an entrepreneur, author, writer, researcher, and trainer with more than 20 years of practical business experience. A graduate of Duquesne University and Franklin University, Crosby founded Petra Learning LLC in November 2011 after approximately 14 years at Ernst and Young LLP, where she was an executive director responsible for business advisory services. She combines her passions to develop fun, engaging, and innovative learning solutions for teams and companies.