Human Capital Must Prepare for the Hyperconnected World of Work 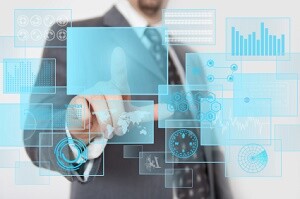 “The only sustainable competitive advantage is an organization's ability to learn faster than the competition.”
—Peter Senge

Technology is continuing to increase its capability and speed of change. It also is creating greater connectivity that makes globalization that much more relevant. Consider a few facts:

This is just a sample of the exponential growth and impact of evolving technology—and the Internet, in particular. This dramatically changing pace of technology has raised the bar globally with regards to competition and given rise to the Knowledge Economy, the digital workplace, and a culture of connectivity.
All of this reminds me of something Thomas Friedman mentioned during the 2012 presidential election. Freidman said that when he wrote The World is Flat, “Facebook didn’t exist (or at least for most Americans), Twitter was a sound, the Cloud was in the sky, 4G was a parking space, LinkedIn was a prison, applications were what you sent to college, and for most people Skype was a typo.”  Friedman explains that this has taken the world from connected to hyperconnected.

To be sure, these advances have changed the paradigm of how work. Increased virtual workforce and telecommuting opportunities have altered how we define work teams. Technology also has challenged how we educate and collaborate, with more options for social and mobile learning. Likewise, it has changed how we collaborate.

Bottom line: The 21st century organization will need to be smart, agile, and proactively ahead of its competitors in integrating mobile, social, cloud, and analytic technologies in order to reinvent itself through people, process, and technologies. The question for those working in talent development: How can we help our organizations succeed in this new world.

To discuss more human capital trends and challenges, join me at ATD 2015 International Conference & Exposition for my session W304 - The Perfect Storm: Human Capital Challenges and Opportunities in the 21st Century.