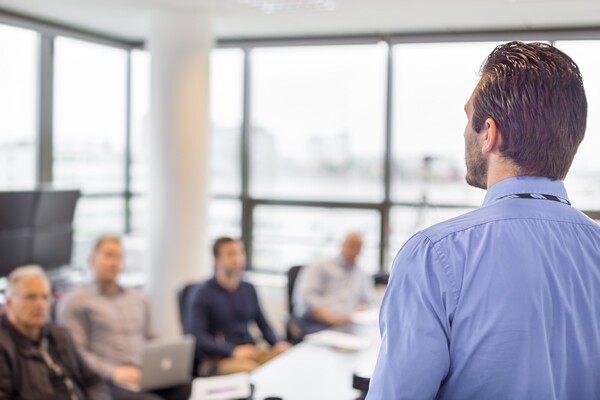 Certified Professional in Learning and Performance® (CPLP) are just four little capital letters after your name. But they are much more than that. They are an affirmation of the talent you have and the knowledge you’ve obtained about human performance.

I remember when a former boss of mine asked me if I knew the difference between ADDIE and SAM. I couldn’t answer him. I had been building the content for our sales team for quite some time, yet when it came down to it, I couldn’t answer basic questions about my process. From that day forward, I promised myself that I would learn my craft.

I started my journey. First, it was a conference. Next, it was Articulate training and a Training Video Bootcamp. After my second learning conference, I began to look for what was next. When I checked out ATD’s website, I saw courses for becoming a master of my craft, and I was drawn to that—but not sold on it. I was looking for more. Then I saw the CPLP. At first glance, I thought it was just another certification I could put in my folder of certifications.

Then I looked closer. First I noticed that there were two tests. You had to pass the first one to even take the next one. The second thing I began to notice was that it wasn’t even really a training at all; it was a credentialing process. When people ask me, I basically just say it is to L&D what the CPA is to finance and accounting.

Perfect. This sounded more along the lines of what I was looking for. I would be the first on the team here to pioneer this path, and that seemed exciting to me. I almost felt as though I was ready to summit Mt. Everest. I could stake a flag in the ground for those who were also looking to learn their craft. For me, that was incentive enough to give it a go!
The studying ensued. Personally, I found the practice exams to be very helpful, along with plenty of flashcards. Any time I missed an answer, or barely got it right, I would make flashcards for every answer that was possible. This worked for me.

Truth be told, there were nights I wondered why I didn’t just start my master’s degree. But then I realized that even though I had been a trainer for six or seven years at the time I’d started studying, I didn’t know as much as I thought I did about my craft. There were theories and terms I had never heard of. As I continued to read, it clicked. One chapter laid the groundwork for the next, and then a light bulb went on. I felt that I had begun to understand adult learning and performance at a level not many do.

I got the green light on the first exam, and I was thrilled. My boss wanted to throw me a little party! We waited until after I passed the second one. CPLP: four letters, a lot of hard work, but a really great reward. Now, what’s next? I guess it’s time to get started on those CEU credits!

About the Author
Richard Stange

Richard Stange, CPLP, was born and raised in the great state of Iowa. He studied art, design, and photography at the University of Iowa, where he received a bachelor of fine arts degree. Richard has held various positions and gained valuable expertise in different departments at his current employer, The HON Company. He spent time in customer service, sales, and training, where he now manages the instructional design side of the L&D department. Richard's passion is organizational development, performance, and helping to bring actionable learning to the forefront of instructional design.