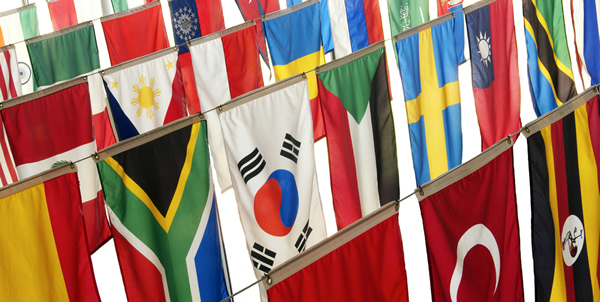 Opportunities and Challenges of Working in Multicultural Contexts

I am originally from the United Kingdom, and have been living in Japan for 15 years. Even after all this time in Japan, I still find myself coming across unfamiliar territory and having interactions that challenge my views and assumptions.

Working in multicultural contexts and teams are an excellent opportunity for development. Exposure to diverse people and experiences can uncover that you might be making incorrect assumptions or missing out alternative perspectives due to overreliance on your own cultural background.

A common mistake in multicultural training or development is making generalizations and assuming that national cultural norms are the same as the organizational norms.

I’ve worked with various companies in Japan, both domestic and international, and in every case, the company culture has been different. More important, the internal culture has challenged my preconceptions on “western” or “eastern” working practices.  In fact, over time I find it increasingly difficult to make general statements about organizations in Japan, the United States, or the United Kingdom.

Indeed, one of the first Japanese organizations I worked for seemed to fit what I had read about in books on Japanese culture. Everyone was very polite, individuals rarely shared their honest opinions in a formal context, and the relationships were very hierarchical.  It was an organization with a long history and an industry in which change was notoriously slow.

When delivering training or development projects for an organization, especially in a different international cultural context, it is always best to check that you understand your counterparts’ expectations. This includes not just the expectations of your role, but also their understanding of the purpose of different tasks and activities.

It is always best to check mutual expectations and the perceived purpose of different channels and contexts for communication when joining a new organization or team—and even more so when working in new and unfamiliar international contexts.

I had the opportunity to talk to a successful managing director in a western subsidiary of a Japanese-owned company recently. Her advice on working with colleagues from different cultures, such as Japan, was to ask the same question in several different ways to check that you have really grasped the core issues.

In high context cultures, such as Japan, sometimes an individual’s first reaction is to answer questions in line with what they think you want to hear, rather than what they really think. In this respect, the ability to inquire about the same point but using a wide variety of questions is a useful skill to develop when working in international contexts.

When working in new and unfamiliar cultural contexts, it is very worthwhile trying to find individuals who you can provide you with another perspective or “interpretation” of specific behaviors that you come across in the new working environment.  This doesn’t have to be someone in the same organization, but it should be someone who can help you view the behavior through a different lens and understand what unconscious assumptions you may be making based on your own cultural background.

If you know that you are going to be working on an international assignment for more than a few weeks, it is worth taking time to find out about possible networking opportunities, either within your own industry (such as international ASTD networking groups) or on cross-industry topics, so that you increase your chances of coming across someone who could be a potential informal adviser.

These tips are just starting points. What additional advice would you give people on working in new or unfamiliar cultural environments?

AP
About the Author
Anna Pinsky

Anna Pinsky is an organizational development consultant working with a wide variety of organizations on their talent management initiatives in Tokyo. She is originally from Edinburgh, Scotland, and has lived in Tokyo for more than 15 years. Pinsky also holds a visiting researcher position at the Research Center for University Studies at Tsukuba University, and delivers workshops as a part-time instructor and adviser at the University of Tokyo's International Center. In addition to her work as an organizational development professional, she is an executive committee member of the British Chamber of Commerce in Japan.