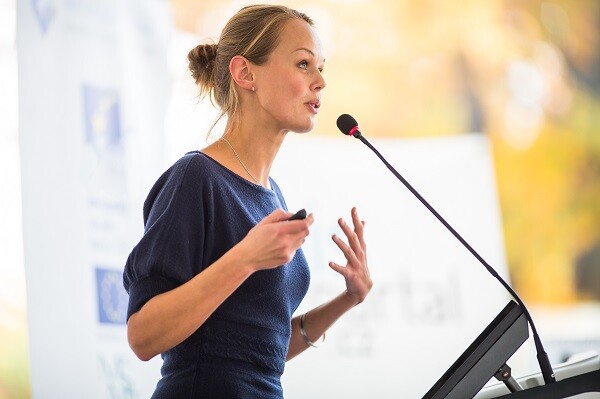 Prosper and Speak Up

Years ago, when I worked as a management consultant in the Washington, D.C. area, I used to speak to local civic and professional groups at lunch and after work. Thereafter, when I spoke up in and around my own company, people noticed that I did so with greater ease and professionalism. The elocution practice that I put in as a public speaker clearly paid off in terms of my advancement in my firm.

Even though no one had seen or known that I was speaking to groups on the side, the effects were clearly visible to them. My bosses must have noticed, because at one point my salary increased $10,500 in a 14-month period. And, in the five-year period, my salary increased by $31,750—some serious money!

What Is at Play

I don't relate the above to boast but rather offer it as one example of the dynamics at play when you go the extra mile, regardless of your age. A little extra effort here and there will not diminish your ability to maintain a happy balance between your professional and personal life.
Advertisement

In my last position as a management consultant in a 40-person firm in suburban Virginia (before venturing off on my own to become a professional speaker and author), I rose to the position of vice president of marketing and project manager. In that capacity, I was the third ranking officer in the firm, even though I was younger than half our entire staff and all the other project managers.

If you want to grow as a person and a career professional, you have many options for building your speaking skills:

Any way you look at it, you can't escape speaking publicly if you want to advance in your career. So you might as well embrace it! Fortunately, you have many options for moving forward, and, just like legions of others, you can succeed in being an effective public speaker.