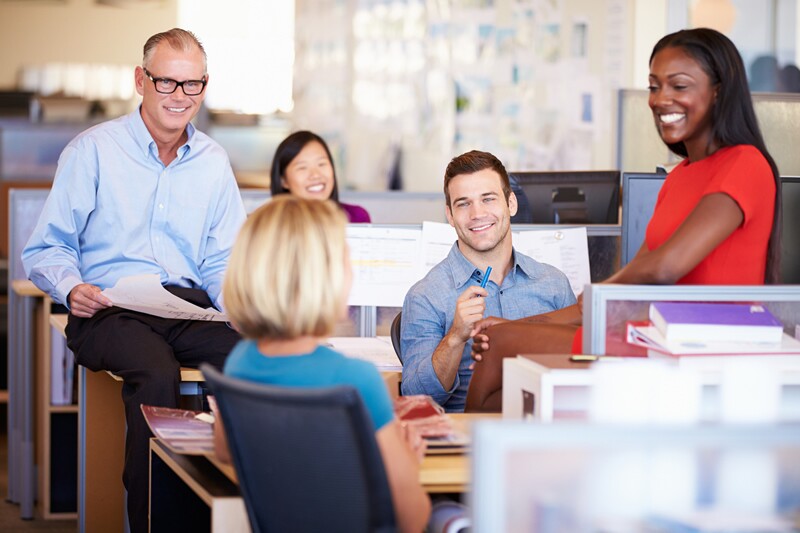 The Productivity Skills of High-Performance Teams

By Justin Hale, Brittney Maxfield
Advertisement
0
Comments
Bookmark
Share
Brought to you by

Aristotle taught us that teamwork should mean the whole is greater than the sum of its parts. In theory, then, pairing brilliant minds should equate to projects that are delivered on time, to spec, and at the highest quality. But what happens when your team is less than ideal—when you have one or several members who drop balls, miss deadlines, or do shoddy work? When this happens, is the team still greater than reliable individual contributors?

A new study by VitalSmarts, a top 20 leadership training company, shows that it takes only one to two team members who make even small fumbles (miss deadlines, fail to make critical handoffs, work on the wrong priorities) to cut team performance by an average of 24 percent. Essentially, the success of the team rests on every single member.

Yet the online survey of 1,160 people found that eight out of 10 had at least one or two teammates who were guilty of four common slipups:

1. Overwhelmed and Confused: Teammates who lose track of things or miss deadlines because they fail to capture commitments and ideas.

2. Deer in the Headlights: Teammates who are often surprised at the last minute by tasks, appointments, or deadlines they’ve forgotten.

3. Wheel-Spinners: Teammates who appear busy but fail to get the important jobs done.

4. Mixed-Up and Misaligned: Teammates who spend too much time on the wrong priorities.

Even more alarming than the prevalence of these performance fumbles is the costs teams incur when they happen. On average, nine out of 10 respondents said that when their teammates made any of the four fumbles, that behavior cost the team. Specifically, they experienced losses to morale, team trust, productivity, quality, customer service, and so forth.

While these fumbles might be small, they have a huge impact on teams. So how do you move every member from distracted and disorganized to smart and strategic—especially in a fast-paced, information-heavy environment? For team members to thrive in a world of endless tasks and inputs, they have to have a few key habits. Below are four productivity habits for teams that originate from Getting Things Done Training and methodology.

End With Action. At the end of every meeting, identify a clear action and plan for follow-up. Never settle for vague actions such as “Let me work with this for a bit.” Instead, get down to the observable next action by clearly identifying who will do what by when and how you will follow up. This not only ensures projects move forward seamlessly but also reduces the need for more meetings.

Create a Capture Culture. One of the most important but widely overlooked productivity skills is capturing tasks, assignments, or ideas in a trusted tool (list, notepad, phone, email). When a team has a culture of capturing, work gets done and trust and mutual purpose is created. When you capture an assignment following a discussion with your teammate, you communicate that you care about what they care about. And when your teammates see you capture the task, they can trust it will actually happen.

Do the Right Stuff. Every member of the team needs to have dedicated time to do each of the three modes of work:

Without boundaries around each mode, people will spend all of their time attending to surprises—the latest and loudest tasks—instead of key priorities. To ensure critical tasks are completed, respect others’ time as they communicate what mode they are working in.

Make It Okay to Say “No.” A “yes” mentality will backfire the minute your yes-men have too much on their plate. Avoid dropped balls and missed deadlines by creating a culture where teammates can renegotiate their tasks. When renegotiating, don’t frame it as a “No, I don’t have time for that.” Instead, communicate your desire to focus on the priorities that will move the needle—putting nonessential tasks at the bottom of the list. Managers can praise this behavior and create a culture of hyper-focus.

Research shows people who consistently perform these practices are significantly less likely to experience any of the four fumbles. They are also less likely to start projects that never get finished or feel overwhelmed—in short, they pull their weight and their team is truly greater than the sum of its individual contributors.

Want to see how your team stacks up when it comes to productive habits? Take our free team assessment to find out.

About the Author
Justin Hale

Justin Hale is a speaker, training designer, and master trainer at VitalSmarts. He has been a lead engineer in designing training courses and facilitated classes and delivered keynote speeches on the skills and principles to 300+ clients and audiences around the world.

BM
About the Author
Brittney Maxfield

Brittney Maxfield is the director of content marketing at VitalSmarts.