Time: Your Weapon Against Bias 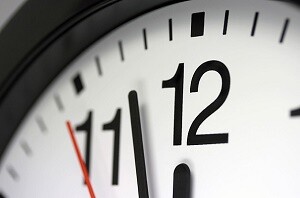 Let’s face it: biases lurk in our unconscious minds. They unexpectedly reveal themselves in the form of misguided decisions about who people are, what they need, and what they are good at doing. To make matters worse, biases are most apt to show up when we are busy, which is the very time when making the correct decision is most important. Fortunately, science hints at a solution to make it easier to manage our biases.

Psychologist William Cunningham examined earlier research that tracked the speed with which the alarm centers in the brain spike when Caucasian subjects are shown of black faces. According to the analysis, this brain spike was a primitive “jumping to conclusions” about the nature of people different from ourselves.

Cunningham slightly modified the methodology of the earlier research. Specifically, he made a tiny change to the timing. In the earlier studies, the faces were shown for only 30 milliseconds and removed so quickly that they could only be “seen” subconsciously. Cunningham decided to find out what would happen if the pictures were viewed for a longer period of time—525 milliseconds.

This change in timing produced significantly different results—results that have a major impact on how we conduct ourselves in today’s rushed and stress-filled workplaces. The showed that 525 milliseconds is still too brief for the conscious mind to fully grasp what it is seeing,  yet the extended time was long enough to change the brain’s response. Although there was still a spike when the different faces appeared, the spike was not in the alarm center, but in the part of the brain that controls rational thought.

The good news is that, if given long enough, the conscious and rational brain does have the power to override even our most primitive biased instincts. This explains why we tend to react with more bias when rushed to make quick decisions. There is simply no time for the rational brain to become engaged.

Indeed, study’s results have immediate application in the workplace: We must give the rational part of our brains a chance to get in gear before reacting instinctively to someone who is different from ourselves.

In other words, let’s get in the habit of taking a beat, a breath, or a moment—even in the midst of the most extreme chaos and rush. Those few seconds could be the difference between a biased decision and the ability to see people for who they really are.

Editor’s Note: This blog post is based on Sondra Thiederman’s books, including the The Diversity and Inclusion Handbook. Feel free to share it with your colleagues.

About the Author
Sondra Thiederman

Sondra Thiederman is one of the nation’s leading experts on workplace diversity/inclusion, cross-cultural business, and bias reduction. Since receiving her doctorate in cross-cultural studies from UCLA, she has spent the last 25 years as a speaker, trainer, and author helping professionals in Fortune 500 companies, public sector organizations, and dozens of associations find ways to successfully navigate our increasingly diverse workplaces. Contact her at www.thiederman.com.