Why You Might Want to Give Procrastinators a Chance 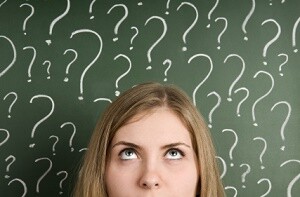 Procrastination is probably on most managers’ “Seven Deadly Sins” lists. But don’t be too quick to assign the moniker of “procrastinator.” According to personality type theory, as described by the Myers-Briggs Type Indicator ® (MBTI ®) instrument, certain work style and cognitive preferences, which look an awful lot like procrastination on the surface, indicate anything but laziness.

The MBTI instrument categorizes personality type along four categories, including Judging/Perceiving, which describes how people make decisions. Those with preferences for Judging (J)—whose work style dominates the corporate world currently—tend to make decisions quickly, and work more efficiently and are more energized at the beginning of a project.

Conversely, those who prefer Perceiving (P) tend to make decisions later, and work more efficiently and are more energized toward the end of a project. It’s easy to see how an outsider, who can’t see what’s going on “under the hood,” might easily dismiss this tendency as procrastination, which usually entails delaying something because you simply don’t want to deal with it. However, for someone with a preference for Perceiving, quite the opposite is occurring. Instead, these workers are likely taking more time to gather all the information possible in order to make the most-informed decision.

While those preferring J feel unsettled waiting to commit to a course of action and like to do it early on, those preferring P feel unsettled if they close off options before they’ve fully vetted them. Both approaches are valid and offer unique benefits. But it doesn’t take much vision to understand why—in a business climate riddled with the consequences of rushed decisions—the P approach might provide balance to an “I need it yesterday” culture.

Yet, this particular cognitive and behavioral orientation, while common in the population at large, is marginalized in business, education, and society—often from childhood.

You’re a Slacker, and So Was Your Old Man!
(No McFly Will Amount to Anything!)

From early in life, those with a preference for P receive messages that negate the value of their natural approach—and praise when they make more immediate decisions. This carries on into college, where you’re expected to choose a major before you even crack open a textbook (never mind that many of tomorrow’s most critical jobs probably don’t even exist yet). In fact, you could say that P preferences are programmed to self-identify as procrastinators and, as a result, learn to fake the J approach to school and work.

How many times have you heard someone joke about the fact that they procrastinate, but can’t help it because they work better at the last minute? If that person is successful, chances are low that they truly procrastinate. More likely, they prefer P but have stereotyped themselves, because of a negative perception of what a preference for Perceiving really entails.

In organizations, we don’t like when people delay making decisions. It’s unnerving because the merits of this work style are not understood in our J-biased corporate work culture—and we can’t necessarily discern what’s going on inside a person’s head. We can’t see that they’re actually gathering facts and weighing options; we don’t know that this process is so important to them that they’re willing to take all of the time that they possibly can before committing to a course of action.

Efficiency Kicks in at the Project’s End

As the deadline approaches, however, P preferences will quickly commit to a course of action and become efficiency machines, operating just as efficiently as those that prefer J tend to at the beginning of a project. This isn’t necessarily because they perform any better under pressure than anyone else, but rather that they work more effectively if they’ve had time to assemble the puzzle pieces in their head.

On the other hand, if they’re required to operate in a Judging-oriented manner, focusing on the production end at the beginning of a project, they tend to work less efficiently. To put it in laymen’s terms, they may “doddle” a bit. This has nothing to do with their work ethic—they simply haven’t had sufficient time to formulate what they want to produce. And they’ll often change courses midstream, because along the way they’ve discovered a better approach.

The Pot of Gold at the End of the Rainbow

Admittedly, for someone with a Judging-oriented outlook, the idea of allowing someone who prefers P to follow their natural work style within a modern business setting probably sounds like following a rainbow to its end in search of a pot of gold. However, in this case, there is a substantial pot of gold in terms of value to the organization.

First, this approach provides a critical counter-balance to the J-driven propensity to make decisions and act on them quickly. To be sure, the Judging-oriented approach offers tremendous value, particularly in projects that require milestones. But sometimes decisions are made too soon—and organizations are locked into a course of action that turns out to be less desirable than one that materializes later. If both Judging and Perceiving perspectives are respected, however, teams can achieve ongoing, yet tempered momentum.

Second, understand that those that prefer P really aren’t at their best when they have to conform to J-driven processes. If they’re allowed to operate within their natural work style, they produce higher quality work. To put it simply, you’re getting more value out of them by giving them the flexibility to do things their own way, and positioning them for greater career success by allowing them to make best use of their talents.

We’ve established that P frequently conforms to a J world. But should it be the other way around? The reality is that it’s probably unrealistic—and perhaps equally unbeneficial—for either side to completely flex its behavior to the expectations of the other side. Those preferring Perceiving have to understand what things look like to a manager or co-worker with a J preference, and provide assurances that things are indeed progressing toward a desirable outcome. This may involve agreeing on certain markers that indicate progress.

A Word to the Wise…

If you prefer P, understand that when your J-preferring colleagues flex their own work preferences to your style, you’ve got to deliver the goods. If you don’t, you may not get another chance to prove the value of your approach. The good news: As you consistently deliver quality results, your J colleagues will become increasingly supportive of your work style.