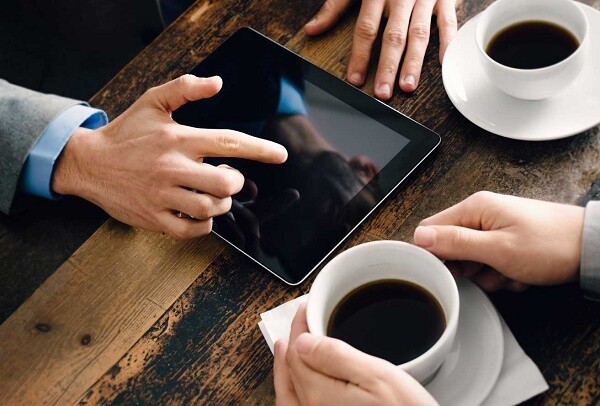 Why Your Virtual Team Needs Fica

Fica is not an acronym, it's a coffee break. It's a Swedish word that loosely translates to "drinking coffee (and eating something sweet, with friends)."  In Sweden, fica is a common tradition in the workplace.

Marcia, one of my clients, manages a virtual team of 20 professionals who are dispersed over six countries spanning nine time zones. They are the international mobility services team for a large global corporation headquartered in Sweden. Any time an employee of the corporation takes an expatriate assignment, Marcia's team handles arrangements for the employees, including visas, housing, school for the children, and compensation.

Marcia has struggled to build a sense of togetherness with this virtual group that almost never meets face to face. Though they rarely meet, the outcomes this team is responsible for really depend on how well they work together.

Marcia and I partnered to do some virtual teambuilding training for the group. We delivered a skills development program that focused on increasing self-awareness of one's emotions and implementing a common language that would enhance customer service.

While the training delivery went well, the bigger challenge was to have timely and relevant follow-up. To continue developing skills, Marcia's team needed to both practice those skills, and then come together and talk about what they are learning.

We decided the answer was coffee.

Her Swedish team members were already having fica regularly. It's not just a coffee break, it's a balancing act in the middle of the work day—when people can catch up on business and life outside of work. She knew her team members in India enjoyed a similar tradition with chai (tea), while her Brazilian associates relished in "cafezinho," or little coffee breaks. Her team members in Poland, France, and the United States were no strangers to this kind of tradition either.

Marcia implemented virtual fica. The team used Lync (you could use skype or another virtual tool) and gathered in their conference rooms in front of their webcams every other Friday. There were two requirements for virtual fica: 1) bring your own beverage (BYOB), and 2) share your progress on skills development.

Marcia began to observe a wonderful virtual dialogue taking place during fica. Coffee and sweet breads on the table were just the appetizer for great conversation.

Make no mistake, this was not a structure-free meeting, nor did it have a complicated agenda. Prior to the first few fica meetings, she prompted team leads from each location to be prepared to start the dialogue. After a short time, though, the team needed little prompting. Associates willingly shared how they handled difficult customer situations, or how a challenging protocol was employed without the usual angst. Real application of the classroom skills was evident.

The bi-weekly conversations began to take on a life of their own. Team members also shared how they used the same skills outside of work. Stories about parenting decisions or driving in traffic (with colorful local imagery) were shared with the group. As the manager, Marcia shared her own personal stories too, demonstrating that developing one’s self is everyone’s business. The stories reinforced the success of the person telling the story. More importantly, they stimulated and motivated the team to continue practicing skills.

Marcia found a simple method to develop a virtual team and get them talking. She had a formal performance management system already in place that everyone was well aware of. What she needed was the personal touch to build strong and supportive relationships where each team member was actively engaged. The virtual coffee break did it for her; it also allowed her to hear team members say what they were learning and applying.

Can your team benefit from fica? If you think the answer is yes, look for informal opportunities to "check in" with team members. Don't save the small talk and personal interactions for the “filler” at an all-hands meeting. Informal conversation can produce meaningful insights, bonding, and opportunities to gauge progress made from formal training events. Indeed, the bi-weekly rhythm of fica is proving just right for Marcia's team.

About the Author
Daniel Lobb

Daniel Lobb started his career in the tour and travel industry with Allways Tours, Inc. His first trip was escorting a group of senior adults to Williamsburg, Virginia, on September 11, 2001. He very quickly learned the importance of keeping calm and serving the customer, which became the keynote of his eight-year tenure with that company as he went on to hold nearly every position.  In 2008, Lobb decided to align his passions in leadership and customer service with adult education and joined TRP Enterprises, Inc. The mission of TRP is to help people make internal discoveries that enable them to stay positive, productive, and effective. He leads client relations for TRP and specializes in training design and delivery. He received the CPLP in 2012, and has served on the ATD Piedmont board for four years, including president 2013. In 2015 he joins ATD's National Advisor for Chapters team to share his love of learning with other chapter leaders around the country. Daniel is a private pilot, a bee-keeper, and with his wife Irene, parent of three young boys.