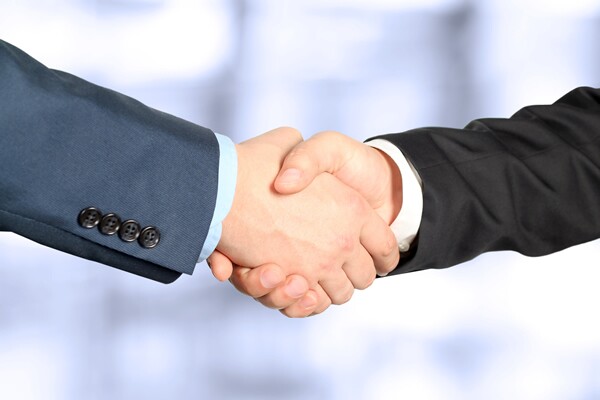 No one likes to walk away from a potential deal, particularly if you’ve invested time and resources in preparing the perfect pitch and cultivating a relationship with a potential customer or client. But sometimes, despite our best efforts to make things work, we have to recognize that the client just isn’t that into us—and we’re wasting time on a sale that will never come to fruition.

About 15 years ago, I was chatting with Pat Sullivan. Pat created the bestselling contact manager software ACT!, as well as the leading mid-market, customer-relationship management software SalesLogix. I'll never forget some very wise words he shared with me over dinner. "Kenny,” he said, “there are two winners in every deal: the first guy who gets the deal, and the next guy in line who knows he's not going to get the deal so he moves on to close another deal!" It's a mouthful, but I repeat this mantra weekly to sales team members across the globe.

It’s simple: if you know you're not getting a deal, don't keep going after it. To avoid wasting time on fruitless pursuits, keep an eye out for these red flags.

The Client Can’t Answer the Key Ws (Who, What, and When)

When does the project need to be done by? Who else needs to be informed or involved in major decisions? What will success look like, and what are the key deliverables? If they can’t answer these questions, there’s a good chance they haven’t seriously considered why they’re even talking to you. It may be best to suggest postponing the conversation until they can answer these questions—otherwise, you might be wasting time on a dead lead.

There Is Radio Silence

Have you called, emailed, texted, sent carrier pigeons, and still no response? Chances are, when a prospect goes dark, it’s best to let them go. Sure, they may eventually respond if you continue to reach out, but it’s not worth your time to spend hours pursuing potential clients who clearly aren’t interested. End the relationship in a professional way by sending a “breakup email,” then move on to the next deal.

The Money Isn’t There

It’s familiar to hear something like “I can’t afford that” or “I don’t know what the exact numbers are” as a sales representative, but it’s important to recognize when a company truly doesn’t have the resources to afford your product or service. Do your homework before approaching a potential client to save the heartache of an ill-fated financial match from the start. If, after your initial conversations, it becomes apparent that the prospect doesn’t have the budget to work with you, politely let them down and even consider steering them toward someone with a lower-priced offering.

Everything Is Always In Flux

Is the prospect constantly requesting changes in the terms or amounts you originally discussed, or generally asking a lot of unusual questions? Chances are this means they don’t have a clear vision of what they really need, and may be stringing you along while they try to figure things out. It’s a waste of both of your time—and a waste that you don’t have to endure. Politely but firmly let them know that you don’t believe your product is right for their current needs, and leave a door open for them to work with you in the future once they’ve solidified their strategy.

Move on Swiftly and Efficiently

Too often, salespeople get fixated on a deal that’s crumbling in front of them, and they try to do whatever they can to save it. Quickly moving on from defunct deals sets you up for future success with focused, organized, and authentic prospects. By keeping an eye out for these red flags, you’ll avoid killing your mojo and wasting your time so you can focus on what’s important: sealing the next big deal.